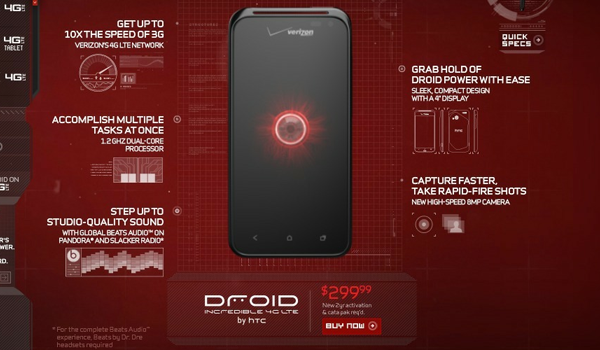 Verizon appears to be making some final moves around their next Droid smartphone, the HTC Droid Incredible 4G.  The handset briefly appeared on the carrier’s DroidDoes website before disappearing into the ether.  Thankfully there are bloggers and eagle-eyed enthusiasts who are quick on the screen capture button.

Specifications for the Droid Incredible 4G are pretty much what we’ve been expecting and point to a mid-to- high-end HTC that combines pieces and parts from the Incredible, Rezound, and One series. Powered by Android 4.0 and running Sense 4, the 4G LTE smartphone boasts a 1.2GHz dual-core CPU, 1GB RAM, 8GB storage, and 8-megapixel rear camera.  Additional specs include a 4.0-inch qHD Super LCD display, microSD expansion,  and a 1700mAh battery.

If there were one complaint we’d like to register here it’s the $299 price point.  While the hardware and software package is better than some other Verizon handsets, we have a hard time justifying more than $199-$249 at this time.  Considering that the carrier is expected to offer a Galaxy S III and Droid Fighter/Razr HD in the near future, this HTC model could get lost in the shuffle. 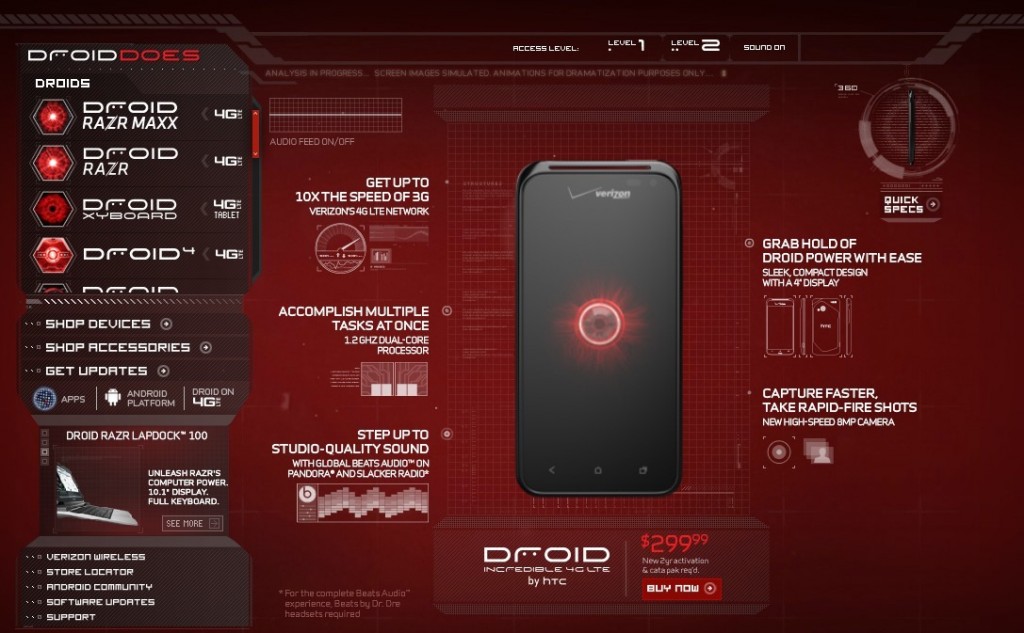 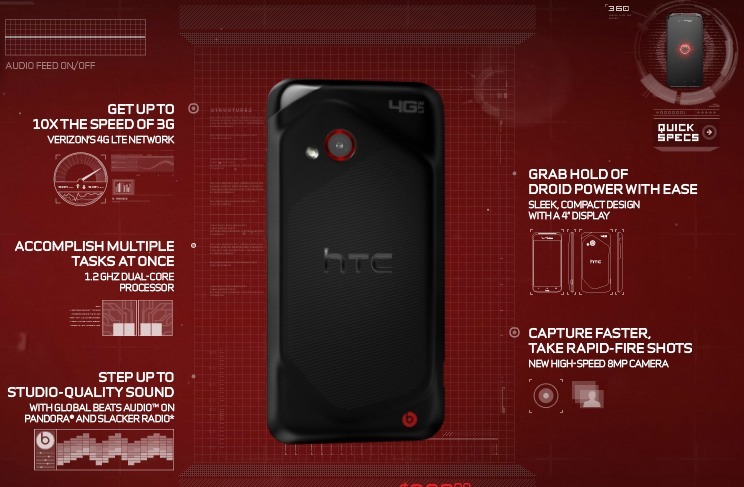 Making the Droid with lasers and diamonds