Droid Incredible owners were dealt a depressing blow last week when rumors began circulating that their beloved device wouldn’t be receiving Gingerbread. Well guess what? The rumors were wrong and Incredible owners now have something to smile about thanks to a few Verizon support pdfs that have appeared in preparation for an oncoming Gingerbread update. While some may argue that Gingerbread doesn’t really bring about any major changes for Incredible owners, it’s knowing that your device is up-to-date and still being supported that counts when you’re a consumer.

but I expect it won’t be too long now.

Update: According to the guys over at Android Central The push is scheduled to start Tuesday, Aug. 16, with an initial 10,000 updates. Another 50,000 will get it on Wednesday, and everybody else on Friday. 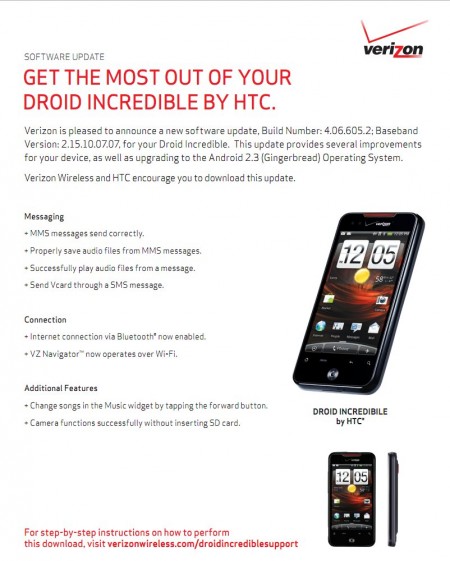