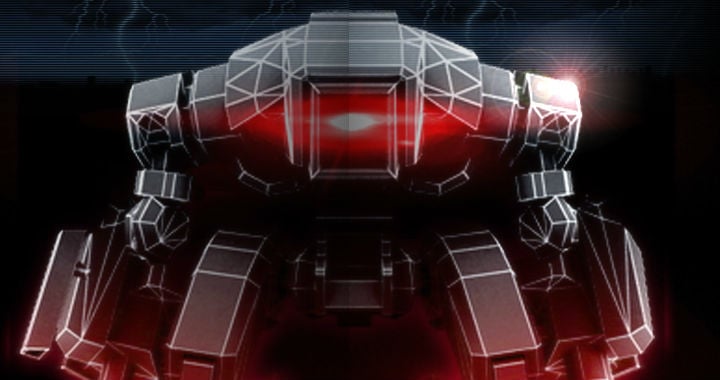 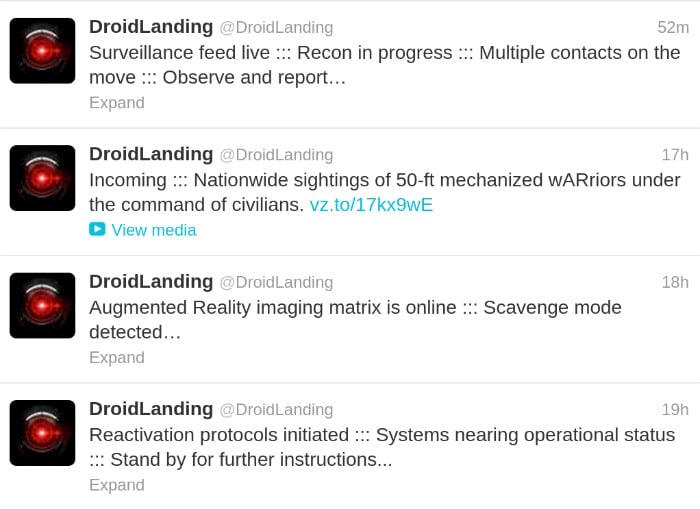 The Twitter account for Droid Landing (Droid Does) has reactivated itself in the last 24 hours and is now broadcasting new messages. Indeed, this is the first action since 2011 and the arrival of the Droid Razr.

From the sounds of it, we could be in for another scavenger hunt for devices or other fun stuff. Given the background wallpaper tells of an app to download and the video mentions a 50′ wARrior in your pocket we’re inclined to expect an augmented reality game. We suspect followers will be given coordinates to go find a specific spot on a map and “look” for the giant Droids.

UPDATE: As it turns out, it’s not much more than a game that pits players against others around the globe.

Whatever it is, we’re in.