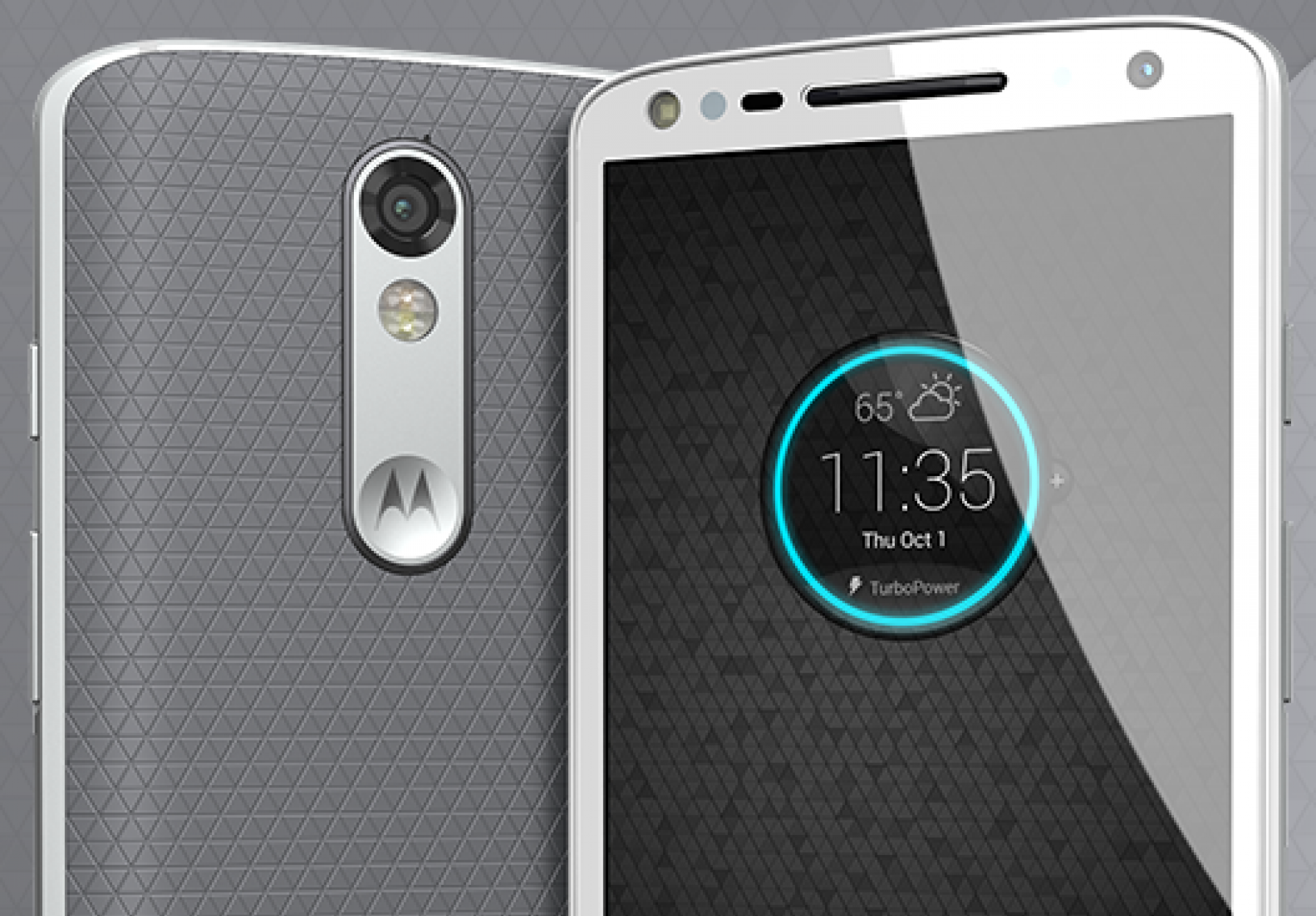 There’s a great deal of anticipation for Motorola’s Droid variant of its 2015 flagship. That anticipation was exacerbated when the Motorola/Verizon invite went out to the press, because the companies stated that more than one Droid would be unveiled.

Since then, it’s been a mystery as to what that second device would be. We were all pretty sure that the primary device will be the successor to last year’s Droid Turbo.

Fortunately, now we have some more info, and creditable info at that. Promo pamphlets have been found and displayed for us, revealing good, prevalent details about both of the upcoming Droids. 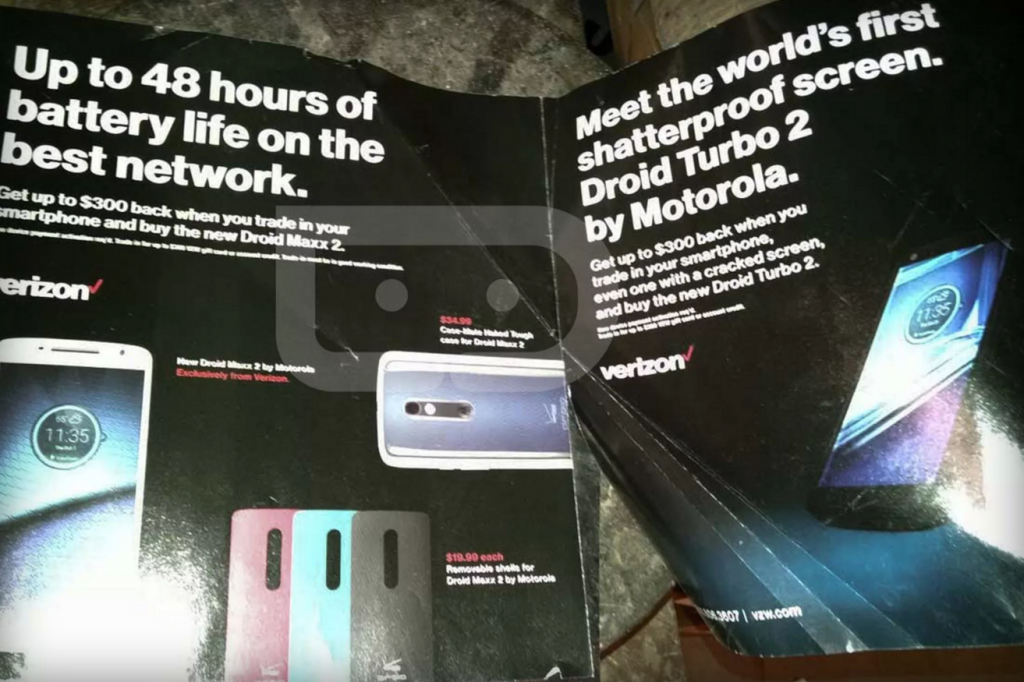 There a few good details to go over here, so let’s get to it. First, we now know what device will be accompanying the Turbo 2 – the Droid Maxx 2. Recall that the original Droid Maxx launched in 2013, and the selling point was a hefty battery. It seems like Motorola and Verizon decided that the market would love to see that focus on battery life once again. The pamphlet above states that the Maxx 2 can get 2 days of battery life.

Design-wise, we’re seeing a very similar phone to Motorola’s 2015 lineup. The info suggests that the back covers will be removable. Three colors of “shells” are shown. It would be disappointing if these are the only color options we get.

Next up are details about the Turbo 2. We see the confirmation of the “shatterproof” display that leaks have been going on about. Unfortunately, we don’t know anything else yet, like how Motorola plans to accomplish this.

Based on leaks, we have been under the assumption that the Turbo 2 will have access to Moto Maker this time (Motorola’s online customization tool). The following promo page backs that up. 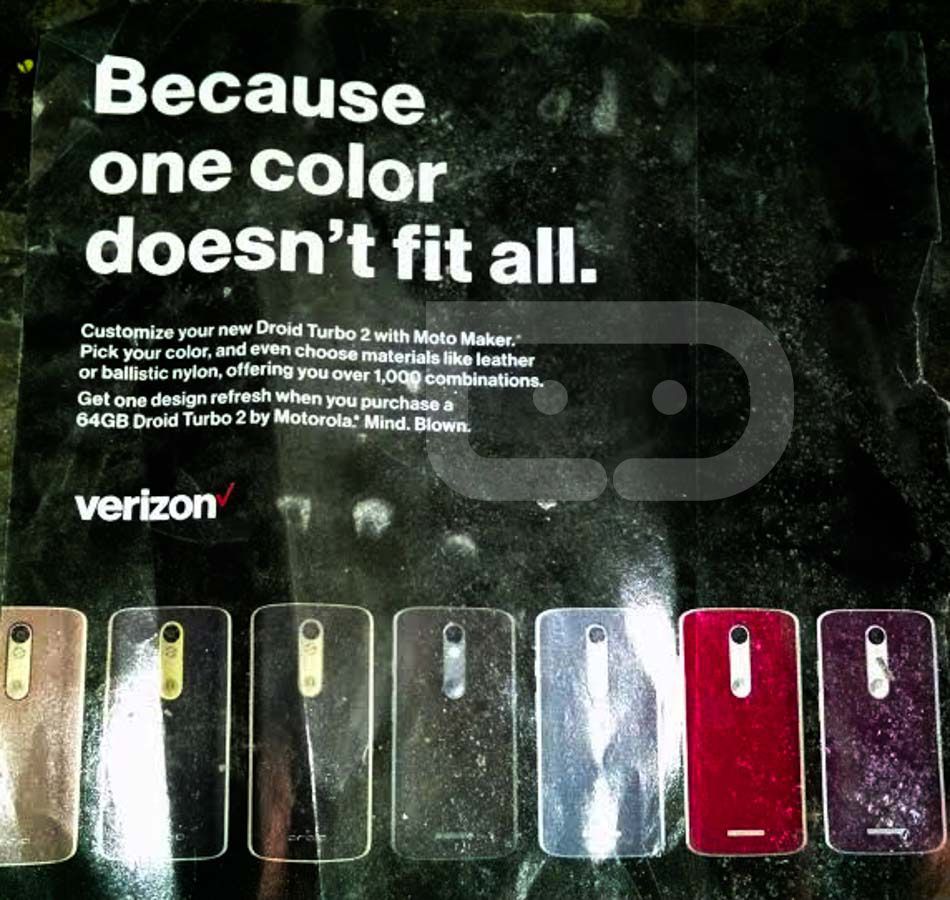 If you were a fan of last year’s ballistic nylon material, you’ll be happy to hear it will make a return and be included as a material option, along with leather. One other cool thing is that if you purchase the 64GB version of the Turbo 2, you’ll be allowed one free design refresh (assuming this means that you’ll be able to send the phone back to Motorola and choose a different custom design).

The promo material also details incentives to entice customers to swing Motorola’s way. If you trade in your current, good-working smartphone, you can get “up to $300 back” in the form of a Verizon gift card or account credit. But I wouldn’t get too giddy about that until you find out how much your particular phone would be worth in their system. Interestingly, for the Turbo 2, you can trade in a phone that has a cracked screen.

What do you think about the next Droid lineup? Have you been waiting for another Droid Maxx?