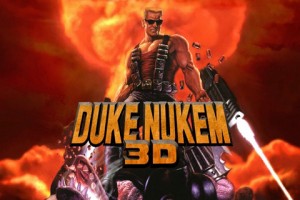 We might have waited years (and years, and years)  for Duke Nukem 3D to arrive on PC and consoles, but us Android fans should see our little version of the popular title.  Don’t hold your breath but we’ll be getting an official release of our own, and “very soon”.  (Yeah, we can hear your collective eyes rolling).  Tapjoy and MachineWorks Northwest recently teamed up to port Duke Nukem 3D from iOS to Android, taking full advantage of the Tapjoy Android Fund.

It’s hard to believe it but we’re 20 years removed from the first appearance of Duke Nukem, bringing first-person shooters to a massive audience. Whereas the wait for this last release was almost laughable, we feel pretty good about this Android port being ready in short order.  If you have other games that leverage Tapjoy (Gun Bros., Mega Jump) you may have already seen ads for Duke Nukem 3D for Android!

Duke Nukem burst onto the scene in 1991 as the wise-cracking, cigar-chomping, woman-loving tough guy who must save the Earth from invading aliens, and does so with all the irreverence and hyper-masculinity of a Hollywood action hero. The third installment in the highly acclaimed Duke Nukem series, Duke Nukem 3D is a first-person shooter game set in Los Angeles “sometime in the early 21st century” in which players use increasingly sophisticated weapons in order to defeat aliens and mutated humans attempting to take over the world. The launch of Duke Nukem 3D in the Android Market marks the first time any of the Duke Nukem titles are available on Android devices.

“Duke Nukem is a legend in his own time, and he’d be the first person to tell you that,” said Rob Carroll, Tapjoy’s Director of Publishing for Tapjoy. “MachineWorks NorthWest has done a great job of bringing the brash, trash-talking character and all his ass-kicking glory to the mobile environment, and we are thrilled to be working with AAA studios like MachineWorks to help bring games of this caliber to Android.”   ***

“Tapjoy was the ideal partner to help us launch Duke Nukem 3D on Android,” said Andreas Vahsen, CEO and Founder at MachineWorks NorthWest. “The resources they provided were invaluable, but even more important was the level of PR expertise and inside knowledge they brought to the partnership. We wouldn’t have accomplished this launch nearly as fast or as successfully without their help.”

Duke Nukem 3D will be available very soon from any Android smartphone or tablet device running version 2.1 and up through the Android Market, or online at http://www.machineworksnorthwest.com.

Tapjoy reinvents itself as well as app discovery [PRESS RELEASE] 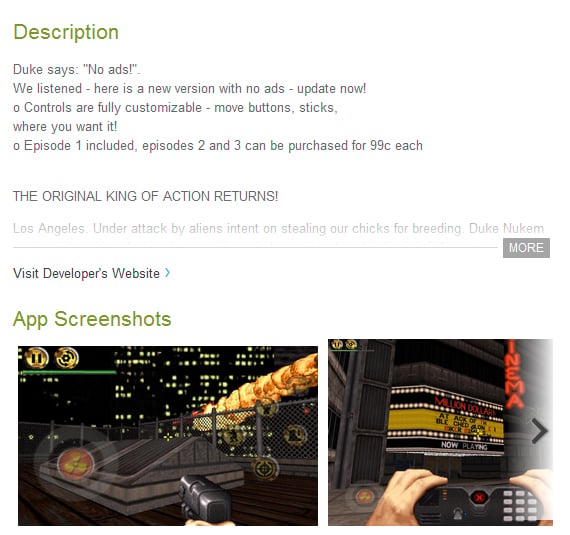