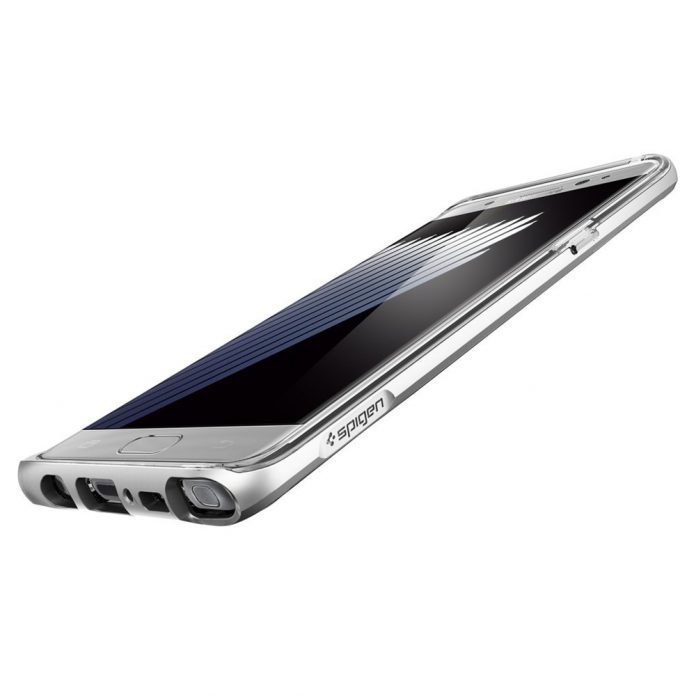 Apparently third party accessory manufacturers decided to go ahead and announce their latest cases for the unreleased Samsung Galaxy Note 7. As of right now Spigen has six official cases for the Note 7, ranging from basic protection through wallet cases. Caseology also got in on the early release with a range of its own Note 7 cases as well even though the cases aren’t listed on its website like they are on Spigen’s. Screen protectors from large companies like Skinomi also made their way out too.

Interestingly Spigen has posted several images of the Note 7 which we can assume to be real given the fact that they were likely given demos and specs of the smartphone in order to ramp up production for launch. We’ve sent an email out to Samsung asking if it can confirm these images but are still awaiting a response. Spigen is confident enough to even make the cases available now for purchase at Amazon where I just bought the Exact Fit case for $2.99 on sale with the discount code WUGYXGTE.

Let’s check out some of the images. 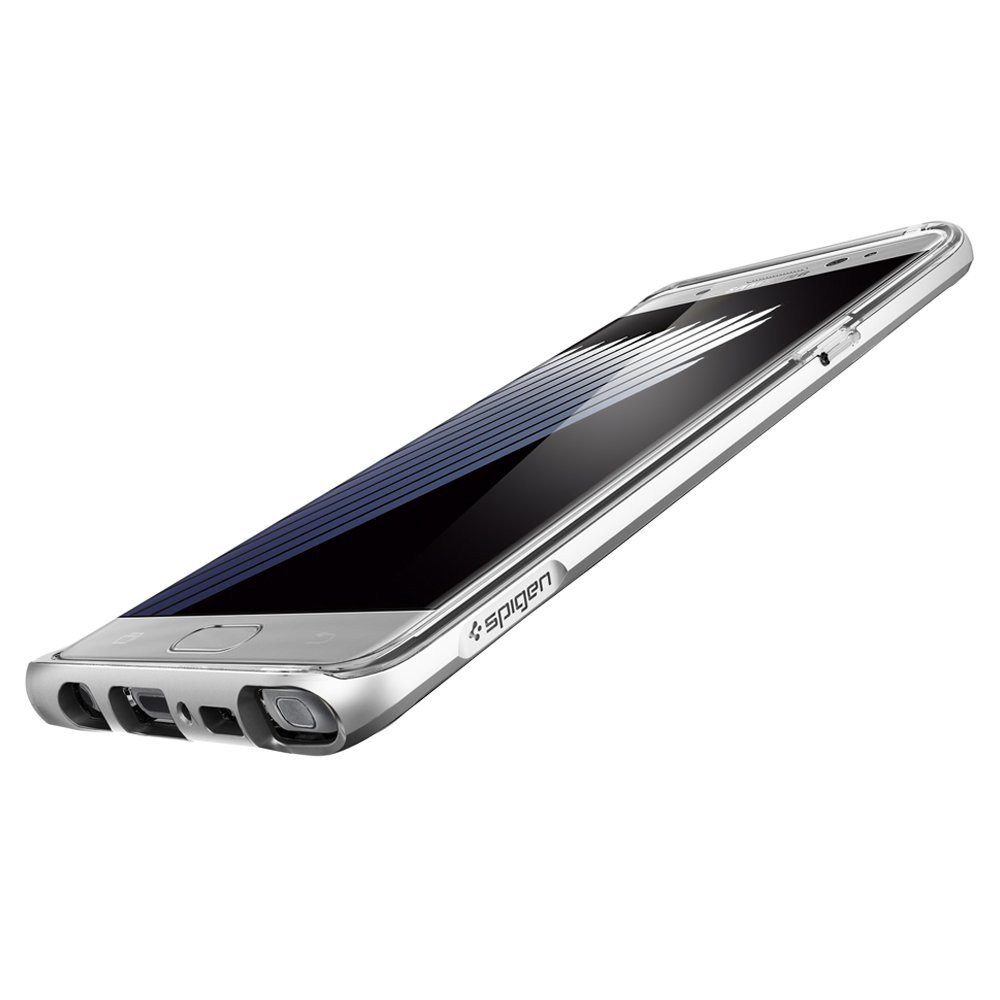 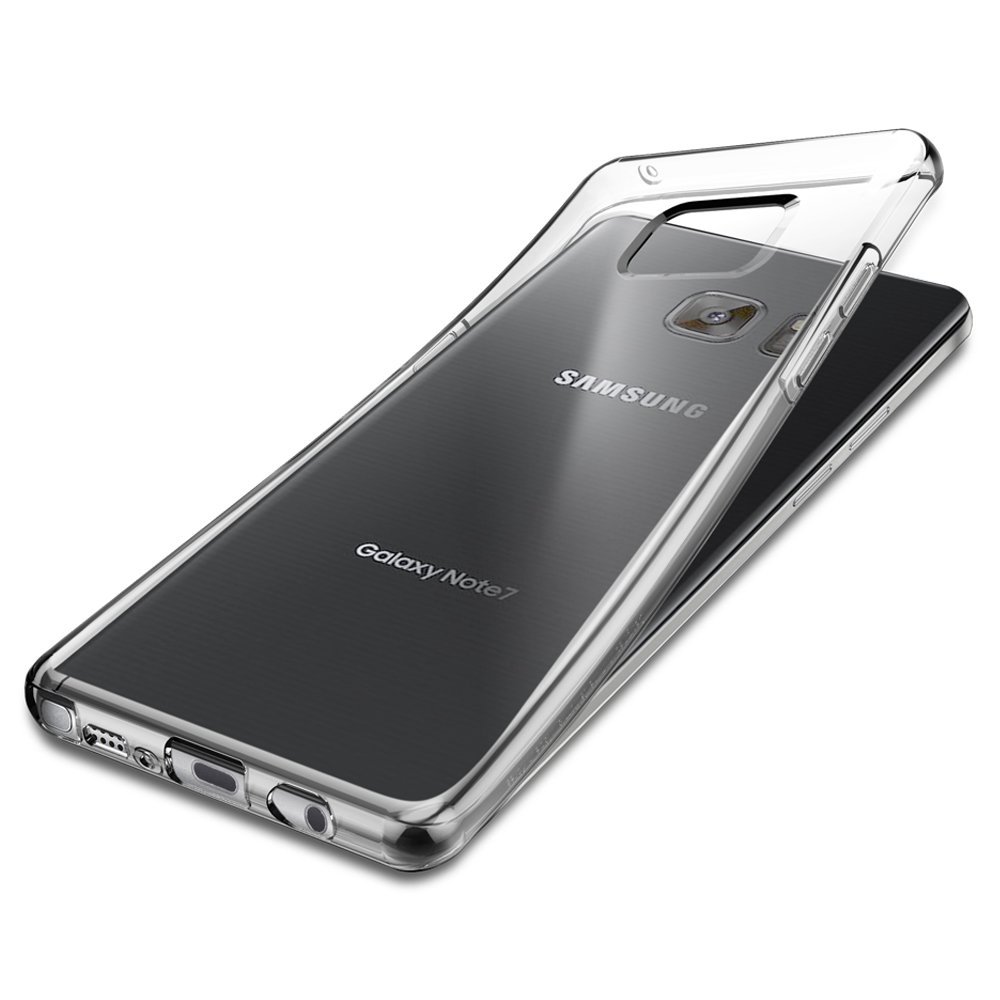 From these two images you can see the stylus placed next to the down firing speaker. Next to that is what appears to be a USB type C port as well as a 3.5mm audio jack. USB type C differs from the Galaxy S7’s micro USB, which means Samsung does finally agree that USB type C is the way of the future. It also maintained the 3.5mm audio jack and I applaud them for that, because I have been using a smartphone without it, and can tell you it is already annoying me. The rear camera also appears to sit flush against the glass back Note 7, and it also is still a single camera versus the dual camera setup found on phones like the LG G5. The standard volume rocker sits on the right side of the phone with the power button on the left side. The home button with the back button and recently used apps button reside at the bottom as well. 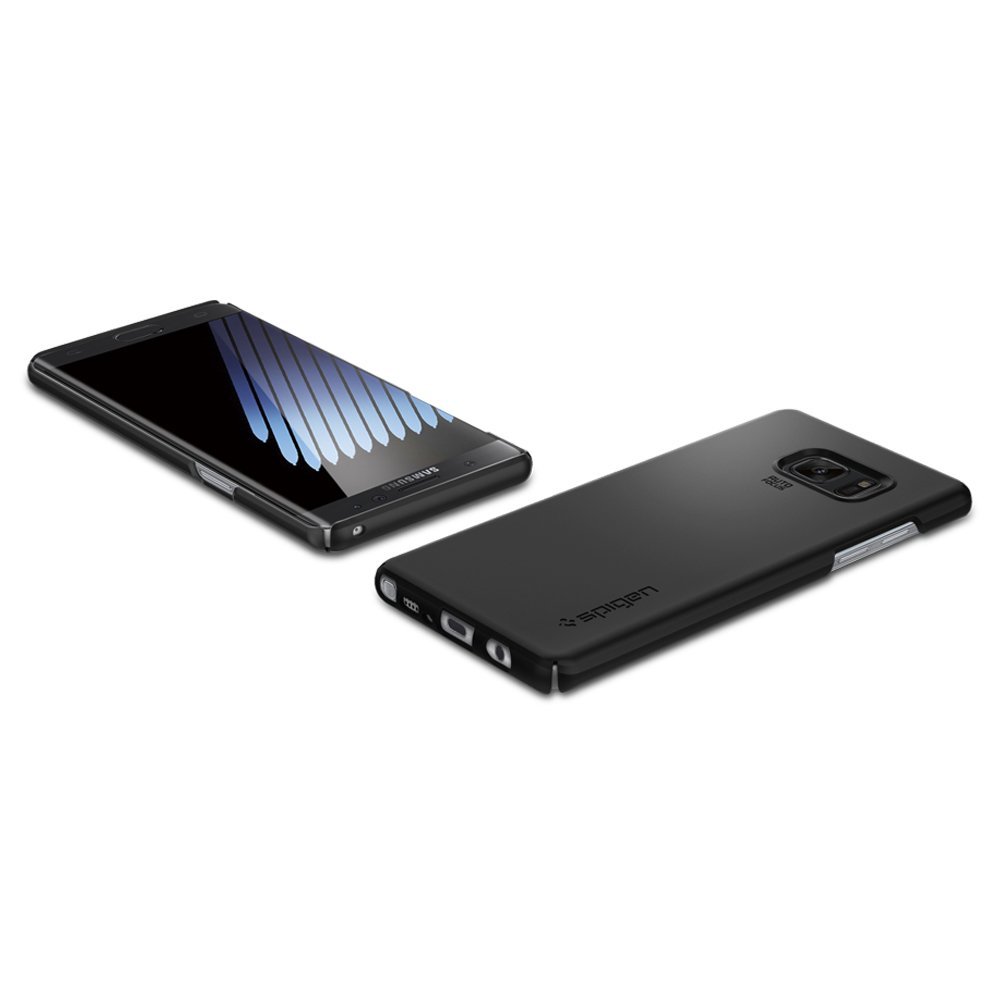 In this image you can see the curves on the front of the display. They look similar to what you would find on the S7 edge, yet none of the cases I have found reference the Note 7 as an edge model which means Samsung may stick with one model here. The S7 edge far outpaced its flat S7 sibling in sales, so maybe Samsung is really going to minimize the variants here. Also take a look at the many styluses that make up the wallpaper on the display in the shape of a seven. I am sure Samsung will wow us on August 2nd with new features to keep the Note 7 atop the list of most functional phones you can get today. 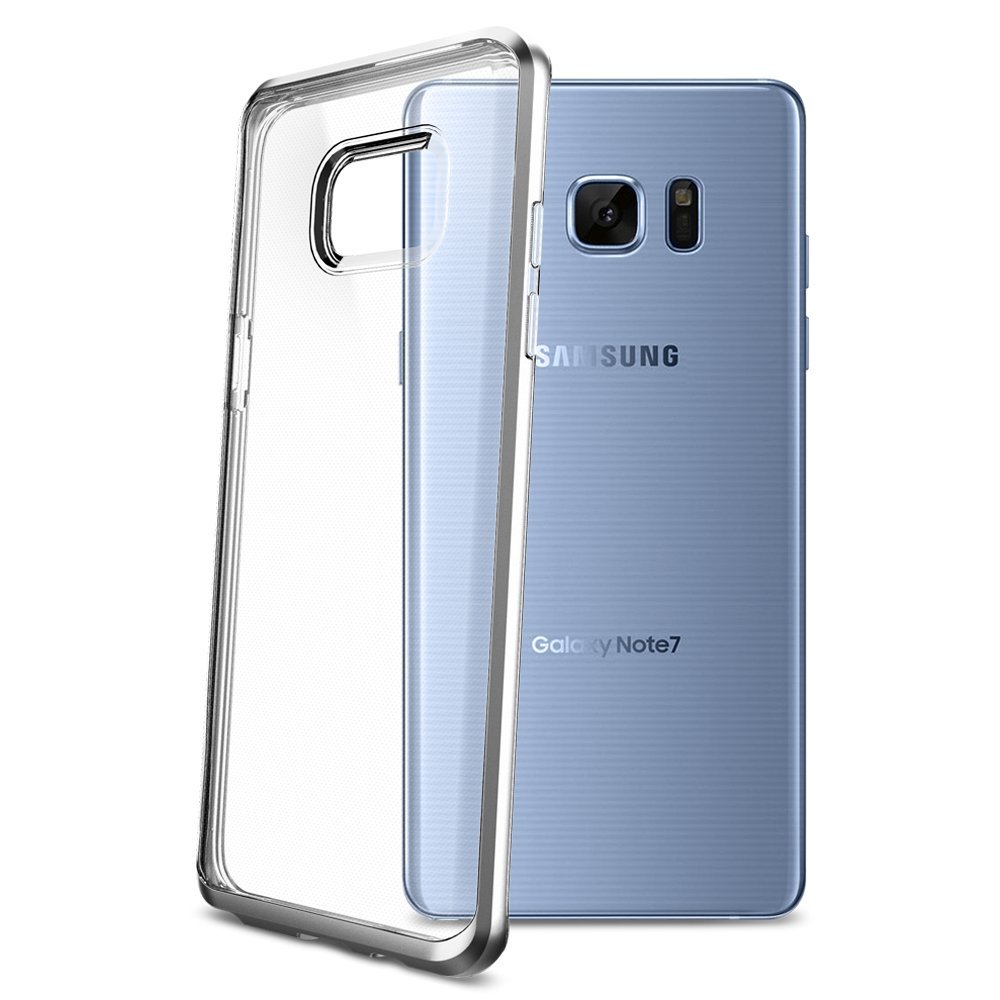 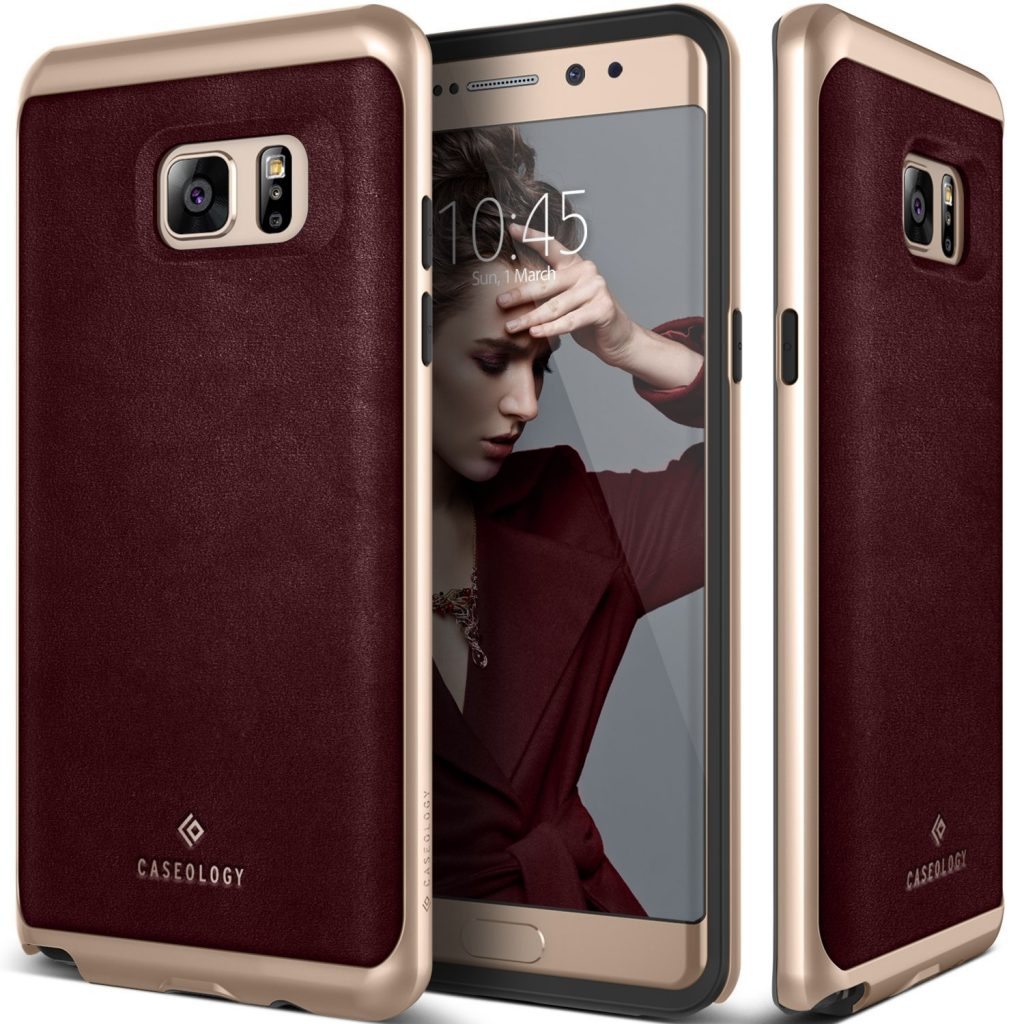 From these two images it appears the Note 7 will come in Gold, and a new blue that we haven’t seen before, in addition to the black and silver models found above.

It’s incredibly difficult for manufacturers to keep their smartphone developments under wraps these days, but the Note 7 has already got me excited with its stunning good looks. The Note 7 and Nexus launches are my favorite to look forward to in the latter half of the year, and if these images hold truth, I am sure the Note 7 will be a big success for Samsung to round off a successful year.