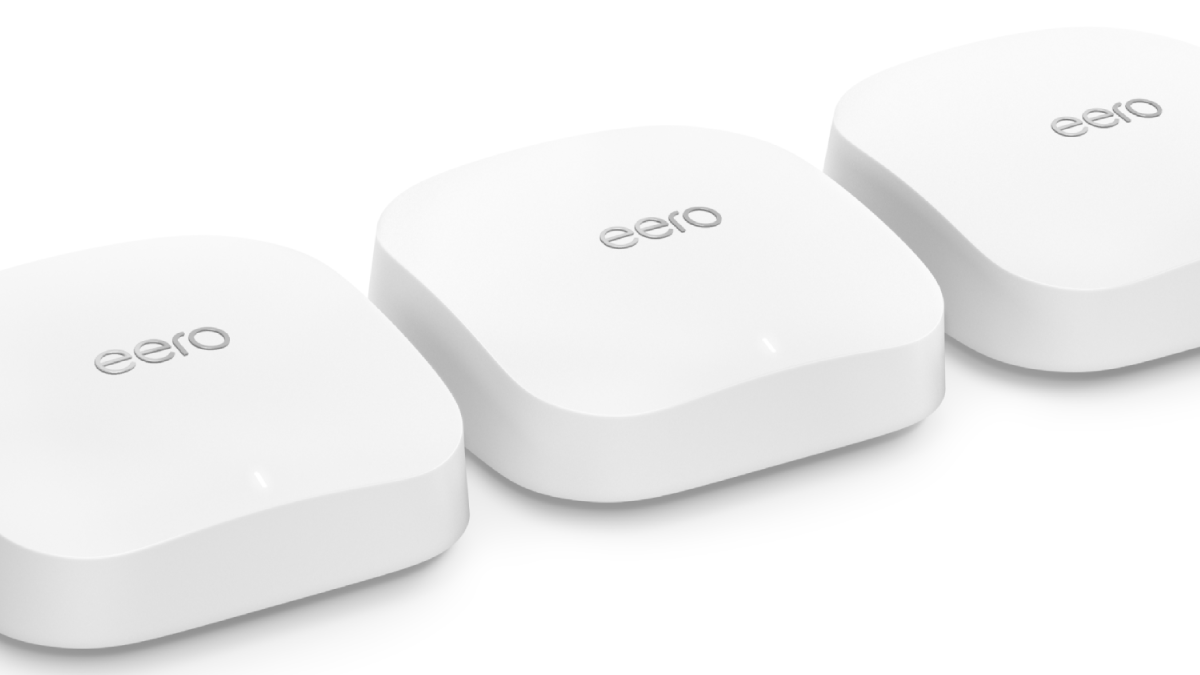 Amazon company eero on Wednesday introduced a pair of new models in its 6 series of mesh wifi systems. Available in single, double, and triple packs, the new routers offer gigabit speeds and support for at least 75 connected devices.

The Eero Pro 6E is billed as the company’s “most advanced Wi-Fi system ever,” and is its first Wi-Fi 6E-enabled system. This means it can leverage more parts of the wireless spectrum previously unavailable to Wi-Fi 6 systems. Thanks to this additional bandwidth, eero Pro 6E supports fast connections for activities like AR, VR, and even 8K streaming.

The tri-band connection (6GHz, 2.4GHz, and 5GHz bands) can handle more than 100 devices at once with speeds up to 2.3 gigabits per second (Gbps). More specifically, it’s 1Gbps for wired devices and 1.3Gbps for wireless devices.

As on might expect from an Amazon brand, the Pro 6E also works with Alexa as a smart home hub for Thread and Zigbee devices.

Priced more affordably, this gigabit-capable eero system is no slouch. With dual-band connection at 2.4GHz and 5GHz, it can support 75+ devices at once. Moreover, it also works as the smart home hub and taps into the 160MHz range for faster connectivity than previous eero dual-band models.