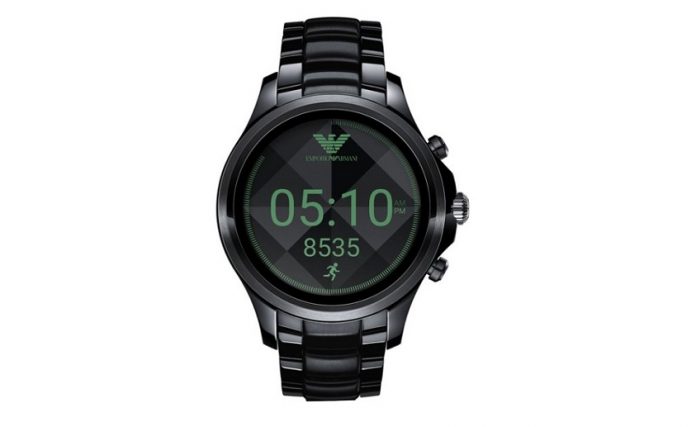 The new touchscreen wearable will become available in stores starting September 14. It will be offered with a choice between eight straps, as well as a lineup of exclusive watchfaces.

Not much is known related to the watch’s specs, but we can assume the Connected is going to be a pretty standard Android Wear 2.0 smartwatch.

It will be able to offer Activity Tracking, relay smartphone notifications and control your music – all from your wrist.

It will probably feature an AMOLED display and Snapdragon Wear 2100 processor under the hood. Android Wear 2.0 onboard means users will be able to install Android apps right from the Google Play Store, as well as third-party complications and better Google Fit functionalities.

Pricing is yet to be announced, but given that this is an Armani product be prepared to spend a fair amount of money on it. We’ll remind you that the Tag Heuer’s new Connected Modular 45 wearable comes with a hefty $1,600 price tag. So we expect the Armani device to be offered with a similar price-tag.

Would you be willing to pay a premium price tag for an Android Wear 2.0 smartwatch?