So you’ve gotten yourself a new Samsung Galaxy S7 or S7 Edge with Android 6.0 Marshmallow and the expandable storage that you’ve been clamoring for. You’ve heard that Android Marshmallow allows for adoptable storage, which would allow you to turn those 32GB of internal storage into 160GB so you can bring your entire movie collection with you everywhere you go and install every app in the Google Play Store, and that appeals to you.

Adoptable storage is a cool feature introduced in Android 6.0 that allows the Android system to adopt an SD card as internal storage and make them virtually the same disk. The benefit of this is that apps and other data can be stored on the SD card as though it were a part of the internal storage rather than having to worry about security issues involved with storing sensitive information on a removable media. What this means is the data will be unreadable on any device other than the one that has adopted it, but that’s a necessary feature to keep your data secure. Adoptable storage is particularly useful for low-end devices that have small internal storage afforded to the user but come with an SD card slot.

All of this sounds great, but there’s no visible option on this new phone of yours to enable such a feature. Well, that’s not just you. For some reason that completely defies logic, Samsung removed access to the feature on their implementation of the Android.

Fortunately, however, they didn’t remove the code for the feature; they only removed the button that would make it happen. Thanks to Paul O’Brien, creator of MoDaCo, we can now send a few ADB commands and bring the adopted storage back!

Let’s get to the adoption process

Instructions for how to do it can be found here, but I would warn you to tread carefully as there are dragons ahead. The instructions are relatively simple for anyone who is familiar with the command line, but memory is a scary thing to be messing with on any system if you don’t know what you’re doing because you have the potential to accidentally brick your entire phone by making a careless mistake.

It’s also worth noting that the phone doesn’t display the correct amount of storage in the storage settings after you have completed the process, but everything else appears to be working properly. You can always download a third party app like FreeSpace or FreeSpace Plus to get a better idea of your memory situation. These apps also allow you to move data back and forth between the two physical memory silos, which may be useful because Samsung’s internal memory modules are going to be markedly faster.

Otherwise, relish in your newly expanded Galaxy S7 smartphone and use your new-found space by downloading HD wallpapers from AndroidGuys that are friendly to your gorgeous AMOLED screen. 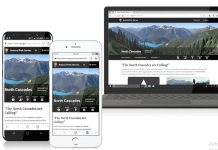 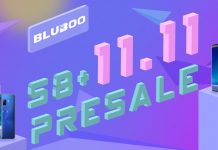