This post, following yesterday’s Part One, continues our interview with Al Sutton, the man behind AndAppStore.

AG: One of the pervasive fears in mobile development is exclusivity — are you aware of any arrangements that would prevent developers from listing their wares in AndAppStore as well as in other markets?

AS: Absolutely not. Exclusivity is totally against the grain for AndAppStore.

I’ve seen a number of reseller agreements in my time that look for exclusivity and the only person it benefits is the reseller. In my view exclusive agreements can be beneficial in the short term for developers (either monetarily or in terms of PR), but in the long term, when the reseller has found a new favourite friend, you tend to find that your app is not getting the publicity you wanted and there is little you can do about it.

This is one of the reasons we don’t host APKs and list developers home pages prominently. We want developers to get publicity and credit, we want them to be known for what they develop, we don’t want them feel forced into doing our PR just because it’s the only place you can get their app (but if they want to publicise our site, we won’t stop them :)).

AG: What is your objective with AndAppStore? Keeping the other Android marketplaces honest? Ensuring freedom of choice? Getting one Al Sutton on the cover of Forbes? ;-)

AS: Lol…. cover of Forbes… sheesh as soon as they saw my ‘photo that one would be off the table :) .

My aim is to help developers get their apps out and the platform established. I’ve been involved in projects before where the support from the related company was less useful and I know how disheartening it can be. Over a decade ago I was one of the main people pushing for a Java version of Mozilla, I was interviewed by Wired (http://www.wired.com/science/discoveries/news/1998/04/11458), there were a group of involved helping out, but it was always seen as a poor cousin, didn’t receive much in the way of help from the main Mozilla developers, and eventually the project ground to a halt.

I was really inspired by Mike Jennings talk at the Google London Developer Day last month and I believe that the platform can have a great future, so what I want to do with AndAppStore is give those developers who may currently feel a bit abandoned by the lack of information on Googles Marketplace a place to get their app in the public eye and see the fruits of their work. If some of them offer to donate to keep the site going or mention me or the site in passing, then that’s cool, but it’s not what I’m doing this for

AG: Besides linking to you, is there anything the Android community can do to help AndAppStore and the overall market for Android applications?

AS: Listing apps is about the best thing. It doesn’t matter if the app hasn’t been tested on the G1, all developers have to do is be honest in the description and if their app is useful users will come an offer suggestions.

I’m basically trying to get developers to enter into the “Release Early, Release Often” idea from the Cathedral and the Bazaar (http://www.catb.org/~esr/writings/cathedral-bazaar/cathedral-bazaar/ar01s04.html), it’s worked for projects of all sizes from Linux down to some of my own on-man personal pet projects, so I know it’s a proven part of a software development strategy, and I have confidence that if other developers try it they’ll see the benefits too.

AG: If there were one thing that Google or OHA could do that would help grow the Android ecosystem, what would it be?

AS: Simple; Make sure ‘phones available to developers worldwide. It doesn’t matter if it’s direct from HTC, Motorola, or any other ‘phone manufacturer because Android is the platform, not the G1 (or any other specific implementation). It doesn’t matter that the developer may not see an Android phone sold in their market for several months because AndAppStore and many other sites have users worldwide. It doesn’t even matter that the ‘phone may not work where they live. What does matter though is that the developers can get a sense of confidence in their app that makes them feel it’s ready for the spotlight. 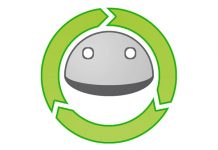 Swappa will no longer sell gadgets on international market, only in the US