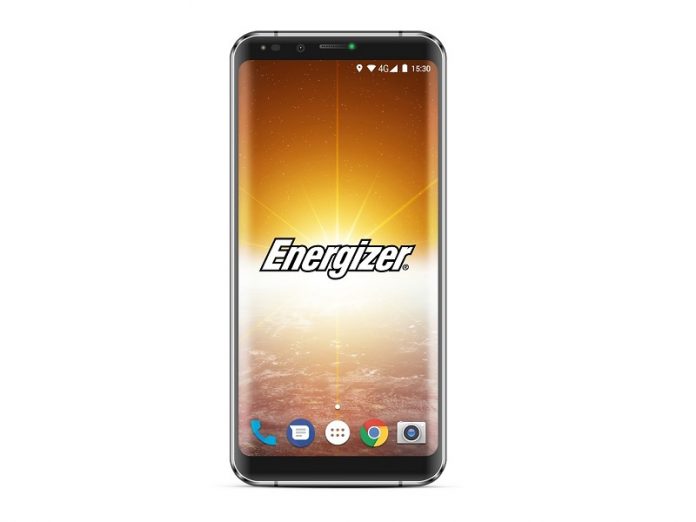 Energizer, a company best known for making batteries, is looking to expand its presence in the smartphone market. Present at MWC 2018 in Barcelona, it unveiled the Power Max P16K Pro smartphone, which predictably comes with a huge battery built-in.

Deciding on which new smartphone to buy can be quite a tricky affair. Most of us want a phone with great performance and a decent camera, but battery life is usually among the most important factors to consider.

Energizer knows this all too well, so it has equipped the Power Max P16K Pro with a massive 16,000 mAh battery which can supposedly last up to 5 days!!!! The less you use it, the more you’ll be able to prolong its life and the company says you can get up to 40 days of standby time.

Obviously, the biggest caveat here is that the phone is really bulky – it’s almost twice as thick as current flagships.

But despite the huge embedded battery, the Power Max P16K Pro looks pretty modern. It features a 5.99-inch display with 18:9 aspect ratio and slim bezels. It also includes dual cameras on the back (16-megapixel with 13-megapixel) and also on the front (13-megapixel with 5-megapixel). A fingerprint scanner resides on the rear.

The phone draws power from a MediaTek Helio P23 working in concert with 6GB of RAM and 128GB of expandable storage.

Energizer is advertising it as running Android 8.0 Oreo out of the box, which is very good news. The phone is also equipped with a Type-C port and 3.5mm headphone jack.

The producing company says we should expect the phone to hit retail shelves sometime around September for about $500, which is quite affordable.

At this price, we wouldn’t be surprised if the phone manages to attract its fair share of fans, despite its unaesthetic thickness.

Would be willing to give the Power Max P16K Pro a try? Let us know in the comment section below.