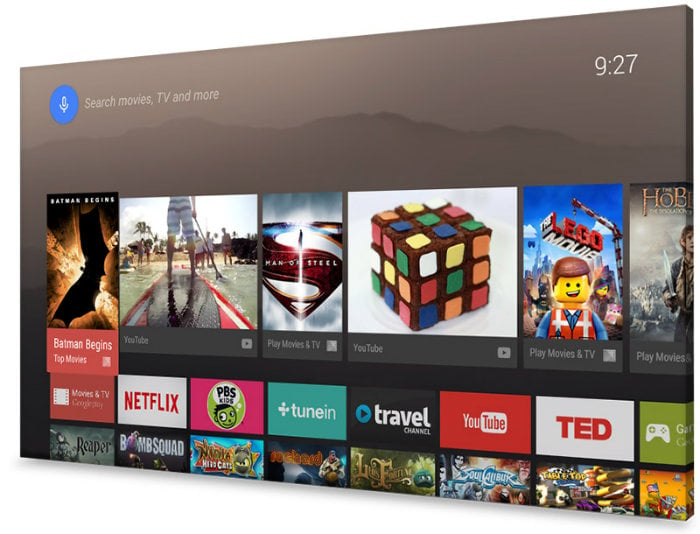 If you’ve owned a device running Android TV, like the Nexus Player, you probably have come to the realization that it wasn’t exactly easy to find Android TV compatible applications. Well Google has made a big change that helps with that issue. This week, Google released an update to the Google Play Store which brought more than 600 apps to the forefront for Android TV owners.

With this latest update, Google has introduced 20 different “collections” for users to pick through and sift through to find the right apps that you want to download to your Android TV device. Previously, users were stuck with apps that were hand-picked from the folks at Google HQ, and that could be rather annoying, and definitely restricted any type of app discovery.

Now that app discovery should be made easier for users, Android TV devices, mainly the Nexus Player, should begin to close the gap between itself and the likes of the Roku or the Apple TV. Hopefully, we can even begin to see more apps and games created for users to get the full sha-bang and feel the power of what Android TV can do since it’s release last year.

Google is also slowly, but surely adding TV services from the likes of TED, AOL, and Bloomberg, to try and bring the full set-top box experience to your living room. With rumors swirling around the delay Apple’s attempt at a TV service provider of sorts, this simple update really may help Android TV plant its’ cables in the ground and prove that it’s here to stay.

Only time will tell what other updates are in store for Android TV in the future. But hopefully, we can see Google make the push to really take over your living room and convert you into a cord-cutter. Especially with all the price cuts coming to the Nexus Player.