I recently had the pleasure of chatting up a couple of guys from a mobile startup called Enterproid, where they showed me their business solution for Android. Called Divide, it essentially loads a second environment on your handset which is all business. Regardless of whether you are running stock Android, Sense, MOTOBLUR, or whatever, Divide runs in its own little space.  In a nutshell, you click an app icon and your phone basically loads a new home screen, apps, widgets, shortcuts, etc.  It’s here where you’ll have an completely cloud-based enterprise platform with a level of  security that your IT guy will love.

One of the best things about this service is how easy it is for an individual to operate.  The web interface and back-end system looks to be simple and straightforward, making it easy to install apps, manage profiles, and more.  If your company chooses to handle things from their end, they can push out new applications and monitor usage from the top down.  For example, it’s possible to see how much data and email is being used on both business and personal fronts.  Further, they can install apps across the board or whitelist them for users to add on their own.

When you’re running the Divide environment, your phone still gives you all the  notifications that come from the personal side.  This way you don’t miss any important, non-work emails or fantasy football updates. However, when running the standard phone UI, your Divide messages and notifications are collected and reported in a secure manner. Instead of seeing the sender and body of a text message and two emails, one might see “You have three messages” instead.

Although they are launching on Android, Divide will ultimately roll out to other platforms including iOS and Windows Phone.  Look for this to hit a public release somewhere in the middle of the year, possibly pre-loaded on a device or two.  Enterproid is seeking beta testers for anyone running Android 2.2 or higher.  If you’re interested in signing up, head to Enterproid.com and provide your email address.  I could go on and on about Divide but I’ll give ya the press release and links.  Be sure to check them out and get in on that beta!

“We’ve witnessed a sea change in mobile technology in recent years, and yet enterprise mobility has lagged behind, as companies have been forced to make difficult choices between the security and control of older mobile platforms and the power and functionality of newer platforms like Android and iOS,” said Andrew Toy, CEO and co-founder of Enterproid. “With the launch of Divide, we’re taking the first step toward a world where companies no longer have to sacrifice security for functionality; a world where no one has to make compromises of any kind in choosing their phones or tablets.”

The professional profile on a Divide device has all the attributes companies have come to expect in an enterprise mobile platform, including deep security, access control, and a set of enterprise-grade versions of applications like email, a web browser, instant messaging, and SMS. The personal side is as open and as powerful as any other consumer device on the market, and is kept completely private to the user. Users can switch back and forth between their professional and personal profiles with a touch of a button, but no data can cross the division — so no matter what happens on the personal side, nothing on the professional side can be compromised.

Also included in the Divide platform is ARC, a completely cloud-based device management platform that both companies and individuals can use to manage their Divide phones and tablets. ARC is the first entirely cloud-based management platform on the market, meaning that companies don’t need to buy, install, or maintain any additional hardware to manage their devices. ARC can also be used to track and manage iOS and Windows Phone 7 devices.

Divide is now available in private beta for Android phones and tablets running version 2.2 or greater. Companies and professionals interested in signing up for the beta can do so at www.enterproid.com. Divide will be offered for free during the beta period, and then on a subscription basis once testing is completed. Going forward, Enterproid plans to extend divide to other modern mobile platforms, such as iOS and Windows Phone 7, and to release an API that will allow customers and third-parties to develop secure applications for the Divide platform.

Enterproid is also a finalist in the 2011 Qualcomm Ventures QPrize competition, after being selected as the North American regional winner last month. As part of this competition, Enterproid is currently at DEMO Spring 2011 in Palm Desert, California, to present to the panel of judges that will select the 2011 grand prize winner. The grand prize winner is expected to be announced from the stage at DEMO today.

About Enterproid
Enterproid is a mobile technology company focused on helping businesses open up a broader, more functional set of mobile devices to their employees without compromising enterprise-grade security and control. The company’s first product, Divide, combines a cloud-based management engine with deep on-device technology that enables professionals to maintain separate professional and personal profiles on a single device. Founded by former mobile executives and engineers from companies like Morgan Stanley, MTV Networks, and Smule, Enterproid is headquartered in New York, with offices in London and Hong Kong. Learn more at www.enterproid.com. 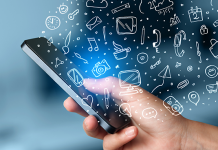