In today’s Epic App Battles of Android, we examine two of the biggest names in Android.

In the orange corner, we have Amazon Prime Music, launched in 2014, with over 50m downloads and a user rating of 3.7

Who will come out on top in the epic battle of titans?

Google Play Music uses Android’s material design. And why wouldn’t it? It’s Google after all. That, of course, makes for a very familiar and easy to use interface. When you first open the app, you’ll be greeted by the same interface found on their web portal. This makes it very easy to transition from the app to the web portal and vice versa. The color scheme is very light and clean.

When you first open the app you are greeted by some automatically generated playlists. This is a feature that they brought in from their Songza acquisition last year. Songza’s streaming service, of course, still exists. In fact, it went head to head with Spotify earlier in the week. Even though it lost the battle, it’s automatic playlist feature is pretty cool and it really helps Google Play find you some music to listen to quickly.

Right below the playlists are the recently listened to stations. This is handy if you have a station that you really liked.

Amazon Prime Music also follows Google’s material design language, but the app differentiates itself from Google Play by using a darker theme. Personally I prefer the darker design language of Amazon Prime. However, it’s not quite as functional as Google Play’s UI. I found that finding something to listen to was marginally harder to do, than it was on Google Play. It wasn’t difficult by any means, just not as easy.

There were a few elements, where Prime Music took the lead. I loved the music level animation that would play on both the now playing screen and the station selector. It not only let you know which station you’re listening too, but it looks cool in the process. Google Play has a similar animation UI, but it only shows in the song list. The category bar above the music selection also made it easier to jump to something particular that I was searching for. Of course, I already mentioned that I also liked the darker UI better.

While there are some elements of Prime Music’s design that I like better than Google Play. I don’t think that they outweigh Google’s functional interface. In the end, I’d rather be able to find something to listen to quickly. 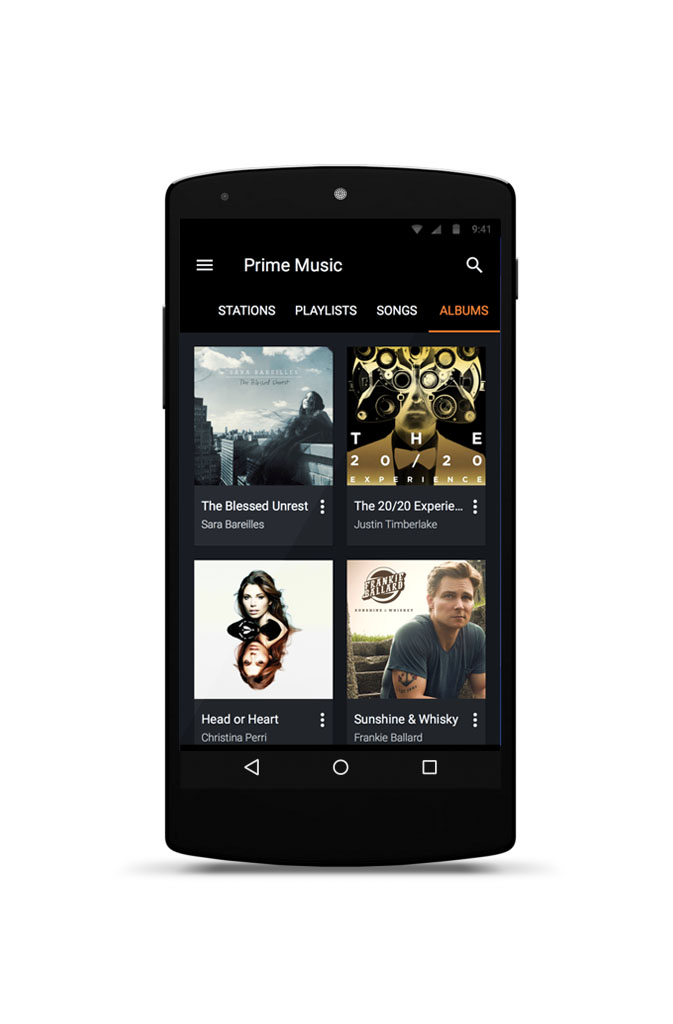 Both Google Play Music and Amazon Prime Music, come to the table with very similar features. I’ll be focusing on what features distinguish them from each other.

Google Play Music comes to the table with some pretty strong features. One of it’s strongest features is its enormous catalog. I was able to find the most obscure music that I knew of. I even found a relatively unknown Salvadoran band called R.E.D.D.. They are very well known in El Salvador, but not so much in the rest of the world. Every song and every artist I looked for I found. To me, that is a huge benefit of a streaming music app.

Another nice feature of the paid app was that when you listen to a song that has a music video on Youtube, there will be the option to watch the music video. This is more of a novelty than anything, as I usually listen to music while I am otherwise occupied with another task. This makes it difficult to enjoy this feature. It’s more of a cool feature to show your friends. Also, the video doesn’t open up in the native Youtube app, where you could cast it to your TV. It instead opens in a player within the app. To be fair, you can still open the video in the Youtube app, but it’s not intuitive.

Chromecast support is another feature that you’ll find on Google Play. If you want to play your music on your television, you can with the Chromecast. Technically if you have Youtube on your TV or other streaming device, you can open the video in the Youtube app and cast the music video to other non-Chromcast devices. Amazon Prime won’t let you cast anything, even to the Fire TV.

Another feature that Google Play has that Amazon Prime does not is the ability to filter explicit results from radio stations. As a father of 3 children, this is especially important to me.

Amazon Prime Music also has a cool and unique feature. That feature is X-Ray Lyrics. Amazon prime will stream lyrics along with the song in the now playing page. The lyrics will also highlight and scroll to keep up with the song. So if you like to sing along to your music. This is an awesome feature. Unfortunately, this is really the only feature that sets it apart from Google Play. That being said, they both share a ton of features like offline streaming and the ability to purchase songs and albums that you want to purchase. That’s because before they were streaming radio services, they were music stores. So if you cancel your subscriptions, you’ll still be able to listen to and download your purchases. 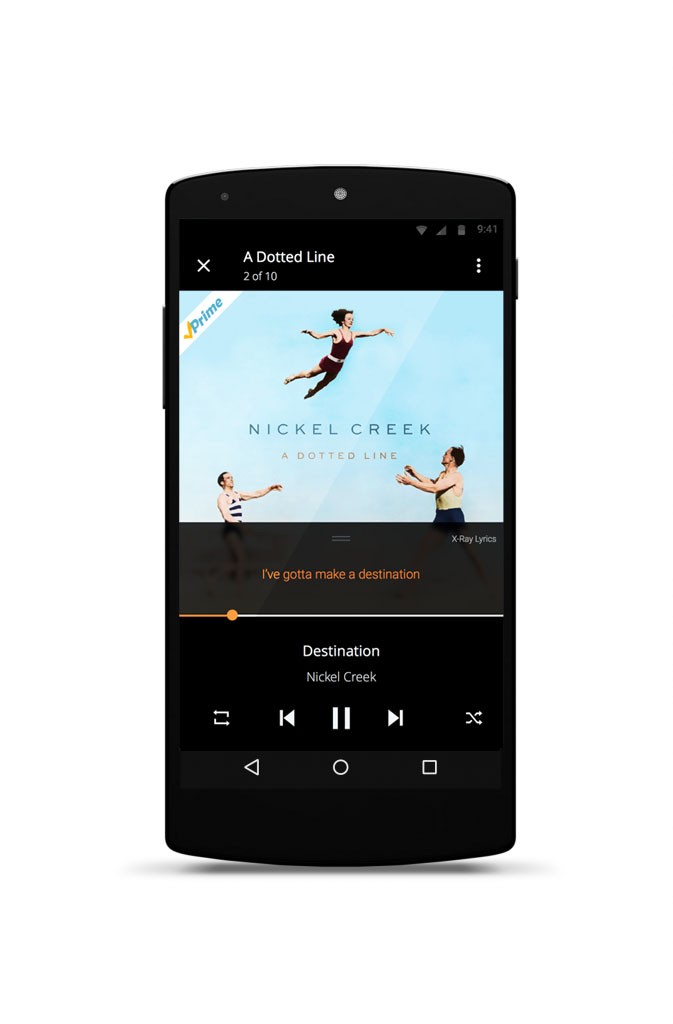 Google Play Music has both paid and free versions.

The free version is essentially Songza with Google’s UI. You get unlimited ad-supported music streaming with 6 skips per hour. Chromecast support is included.

The paid subscription will give you offline play, unlimited skips, and no ads. You can watch music videos for many of the songs, as well as play specific songs and albums. It costs $9.99 per month.

Amazon Prime Music has no free version. If you want to use their service, it’ll cost you $99 per year. Of course, that also comes with free 2-day shipping on many of the items they sell on their website, unlimited Video streaming, and free eBooks.

Google emerged from the fight as the victor. Amazon Prime is the leader in value, because of the lower price and multiple other benefits.  Unfortunately, that’s not enough to take down Google. Amazon is simply unable to compete with Google’s massive catalog, and superior features.

What do you think? Do you agree with our ratings? Let us know in the comments below.