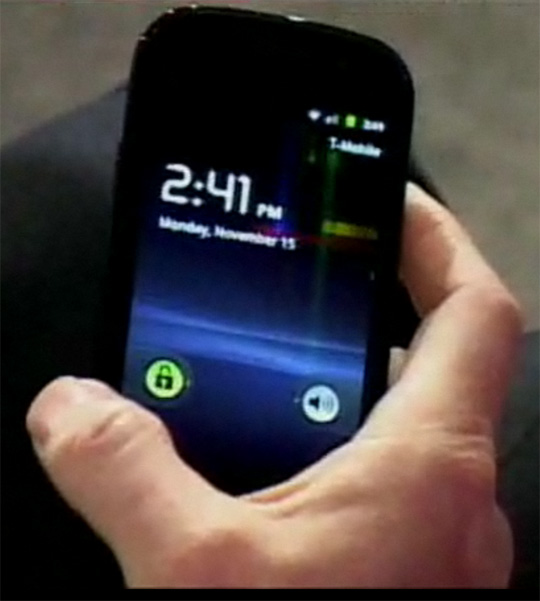 It was rumored that Google CEO Eric Schmidt would bring us some Gingerbread news at his Web 2.0 Summit appearance today. Well, sure enough, Android 2.3 made an appearance. Not only did we see Samsung’s “mystery device,” but we also learned a bit more about it. Schmidt even jokingly said that he told us there wouldn’t be a Nexus 2. However, that doesn’t mean a Nexus S is out of the question, now does it? At least he hasn’t lost his sense of humor.

Schmidt went ahead and showed off the device’s capability to read NFC chips. This opens up a whole new world of functionality. Soon, it will be possible to swipe your phone in front of a sensor and pay through your method of choice. The idea is a very exciting one and is sure to tempt non-tech savvy users into the world of smartphones.

We also got a slight glimpse of the Gingerbread UI. The previously leaked images are definitely spot on. Schmidt said in passing that Gingerbread would be coming to the public “in the next few weeks.” Unfortunately, it doesn’t look like an SDK launch is happening today. I guess the wait continues.