This week we bring good news for Android fans of the app, as the much request fingerprint security feature has become available to some.

The feat would allow users to easily secure their notes in order to keeping prying eyes at bay. Now the functionality is available in the beta version of the Android app. 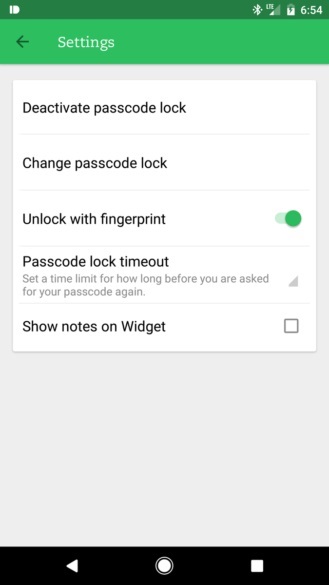 So if you’re part of the Evernote Android beta testing community you’ll be able to try out the new feat. However, if you’re using the regular non-beta Android version, you won’t be able to secure your notes. Not for the time being, anyway. Once enabled, users will be able to unlock Evernote with their fingerprint, instead of entering a four-digit PIN. For some users unlocking Evernote via their fingerprint probably seems more intuitive, so it’s a welcome addition.

No word on when the stable release is set to arrive, but given that the feature has made it into beta, we assume it won’t be long now.