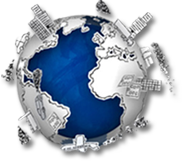 Many in the mobile community have heard the buzz surrounding an up-and-coming application called BioLock. Blue Planet Apps, the company behind BioLock, has been working tirelessly to bring the power and complexity of biometric authentication to the everyday mobile user. Under the leadership of CEO Jason Braverman, Blue Planet Apps has been striving to deliver the most interesting and useful apps to next-gen mobile devices. Among their other Android apps are roboPrint, which allows you to print to any internet-connected printer from anywhere, and dTor, which is a full-fledged bittorrent client.

Last week, at the Apps World conference in London, Braverman delivered a presentation showcasing what the app can do. Those in attendance, including Samsung, who Braverman has been working with, seemed very impressed with the application and the possibilities it presents. There’s even talks of Samsung possibly including BioLock on their Android handsets. Support for Samsung’s Bada OS is also a possibility, but for now, Android seems to be the company’s primary focus.

You see, BioLock is more than just another homescreen locker. With the ability to select either iris or facial recognition for authentication (voice is still in the works), in addition to the typical password protection, a user can truly protect his or her personal data from theft. If only you, in the flesh, can unlock your device, then only you can gain access to your data.

Amazingly, BioLock takes this concept to a whole new level. Besides using military grade algorithms to accomplish advanced face modeling, the program evokes methods of blink detection and pupil dilation, which photos of the phone’s owner can’t bypass. The application can also be used to lock specific areas of a user’s phone. For example, if you were to try and open your banking app, the program could initiate BioLock and require your authentication.

So why did Blue Planet Apps begin with the Android platform over, say, iOS? It’s simple. Apple is too closed-off to work with BioLock. In an interview with BGC Financial’s Collin Gillis, Braverman explains (paraphrased):

BioLock requires a certain degree of access in order to unlock a phone with your iris. When talking to Google and Microsoft, Blue Planet Apps was able to have a very open and frank conversation on this topic. When it came to speaking with Apple, they just said there was no way to access such functionality in their operating system.

In the video below, Braverman shows off an early beta version of BioLock (a proof of concept) running on the Samsung Galaxy Tab. If you’ve seen previous snapshots of the application’s UI, you’ll notice the new look Blue Planet Apps is currently testing out. The app also speaks (notably in a sexy British accent), leaving a very futuristic feel for the end-user. The video also shows a noticeable lag with the facial recognition, but I have it on good word that significant progress has already been made in that area. Optimizing the application is a top priority and later builds show tremendous progress. It’s also worth noting that the app has been successfully tested on HTC ‘s EVO 4G and Samsung’s Epic 4G.

Braverman says that the company plans to make both a consumer version and enterprise version of BioLock. Below are some of the potential uses that the app has. It’s truly a revolutionary product. Never before has such powerful biometric authentication been so readily and cheaply available to end-users.

“As for BioLock, it has many possibilities.  We have ideas for a consumer and enterprise model, the consumer model will replace the lock screen, allow users to lock as much of the phone as possible, contacts, dialer, phone numbers, apps, etc…
The enterprise model is a whole nother beast, it connects to Microsoft Azure cloud, and does the authentication off the device, so the scan is taken, sent to the cloud, authenticated and sent back.  It is currently designed to use a 1024bit Polymorphic Cipher which, should by some miracle someone intercepts the encrypted hash, is uncrackable.  This is designed to be adapted into the end users applications, for example, a Banking app, or government email app that can encrypt messages before sending them (wikileaks would never have happened).  Healthcare, etc… the list goes on and on.
We have some other ideas for this technology, as off shoots of BioLock, using the FFC (Front Facing camera) to scan a users face while playing a game and send targeted marketing, or for social media communication during gaming.
The end result is that with our smartphones and tablets rapidly replacing our desktops and laptops, most of our future financial and other secure transactions will be over mobile/wireless networks and will need much more robust security.  Nothing is more secure or reliable than YOU.  Iris being the MOST accurate, then Face.  We are also going to add Voice verification in the consumer model of BioLock and users will have the option to choose one or a combination of options to lock down their device.
Blue Planet Apps is currently working very closely with Samsung to develop BioLock on Samsung devices, with the possible result being that Samsung will deploy it on all its devices as part of the AndroidOS.  We have also been talking to Nokia for deployment of BioLock on the upcoming Meego platform and other platforms as well.”

If we hear any more juicy information about BioLock, we’ll make sure to fill you in. In the meantime, be sure to follow Blue Planet Apps and their progress via their Twitter page (@BluePlanetapps). The future sure looks bright for Braverman and his team. Let’s hope this app makes it to our phones very soon.

BOOK THE DATE: Jason Braverman will be joining AndroidGuys on our December 13th, Monday night podcast for an exclusive interview about BioLock and other Blue Planet Apps ventures. Be sure to tune in at 10:00 PM EST by visiting blogtalkradio.com/androidguys. If you’re listening live, you’ll have a chance to win one of 10 licenses being given away for the soon to be released roboPrint v2.