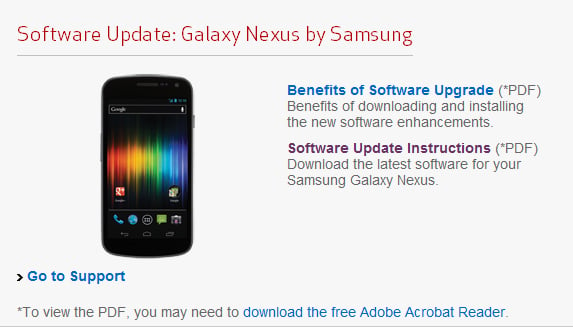 Anyone who has gone out and purchased themselves a brand new Verizon Samsung Galaxy Nexus will undoubtedly be playing with it for hours on end. Since you will have a death grip on your new toy, you might as well keep a look out for Verizon‘s first update to the device. You can expect the update to become available a couple hours after you first boot the device up. Software update ICL53F isn’t going to bring you Google Wallet or anything, but you’ll definitely want to update as quickly as possible since it will optimize your 3G/4G data sessions for faster response times. Other features include:

For a full look at what’s new you can hit up the link below or take a gander at the support image below. 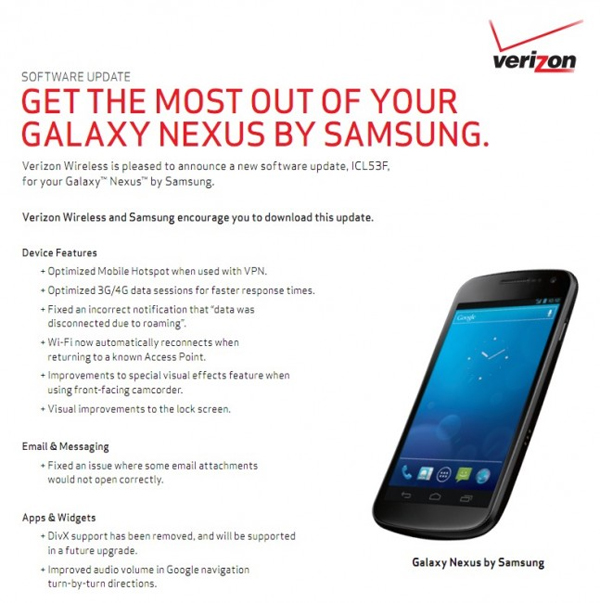