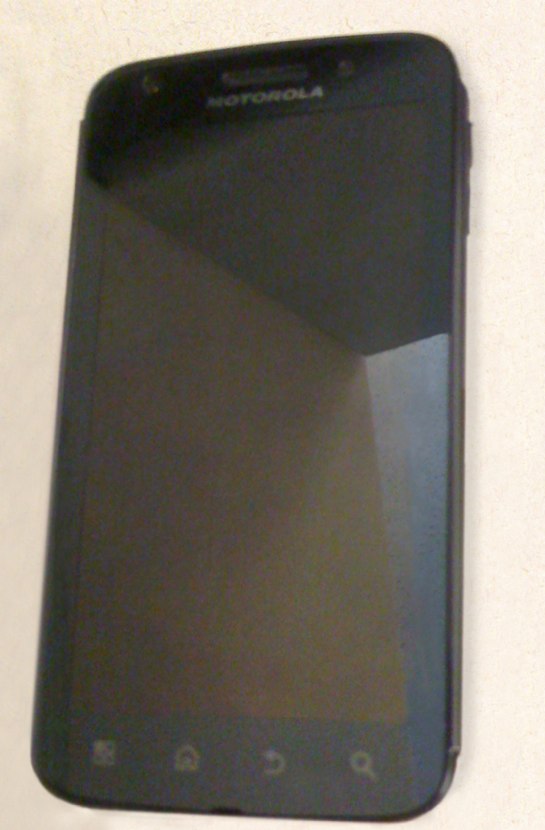 If any of you have been following the Motorola Olympus stories over the past month or so, you’ve probably been wondering what the handset actually looks like.  Fortunately, a tipster has been hitting up all the tech sites on the web this morning with two images which are claimed to be of the Nvidia Tegra 2-powered Motorola Olympus.

The two pictures show a slab handset with a large (4 or 4.3 inch) display, capacitive buttons along the bottom, and what appears to be a front facing camera above the screen.  While there is no way we can actually verify that the two images here are in fact the Motorola Olympus, there’s really not much else it could be.

Motorola is expected to unveil the Olympus in early January at CES in Vegas.  The hope is that Motorola will try to replicate the success of Samsung’s Galaxy S line by releasing the Motorola Olympus on as many carriers as possible. With a dual-core Tegra 2 processor, front facing camera, and a large display, Motorola is definitely poised to assert their dominance in the Android segment. 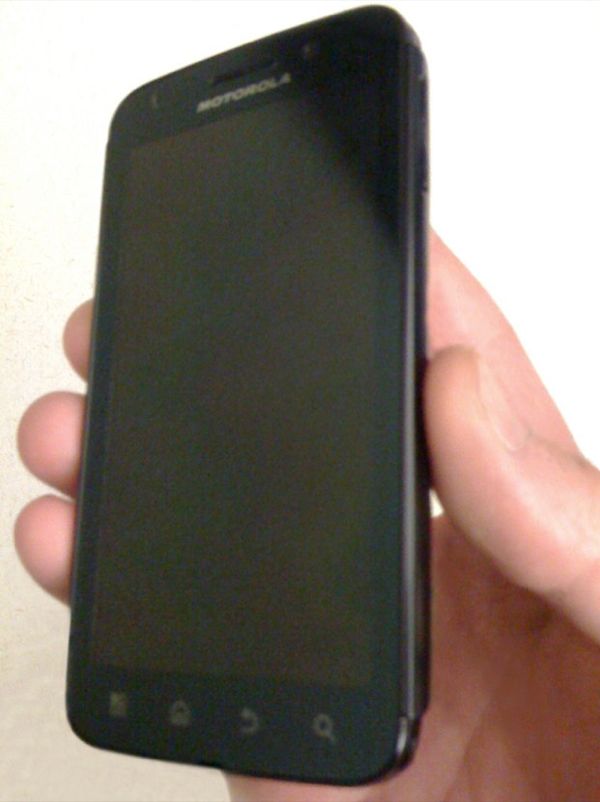