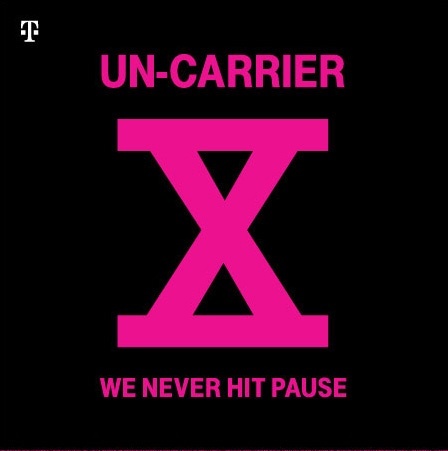 Today, however, it appears as though T-Mobile may have heard the angry screaming all over the internet and slightly modified their original policy. When the original press release came out, we learned that only 3GB and up would qualify for Binge On but their new plans went live today and the small print at the bottom of the page now says “2GB and more includes Binge On™ video streaming that lets you watch 3x more video with your high-speed data” 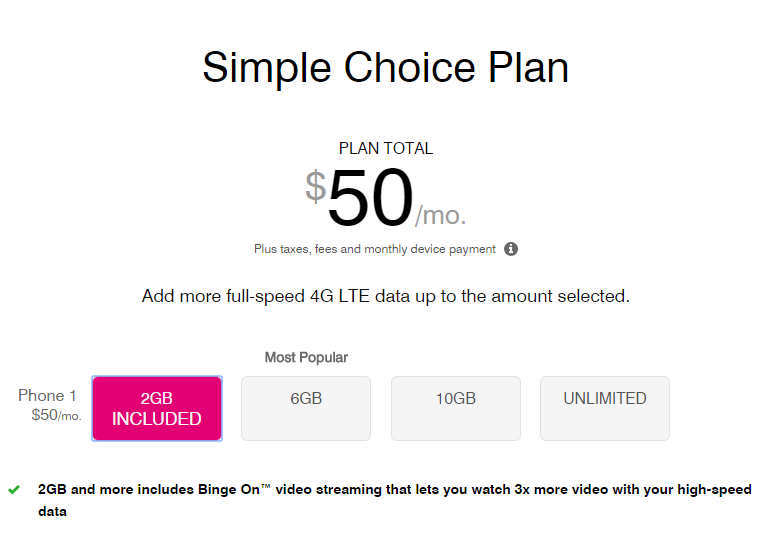 After reaching out to T-Mobile, there seems to be a little bit of confusion as to whether they are offering this on Simple Choice or on their “Pay-In-Advance” plans, but as you’ll see in the screenshot above, it definitely says Simple Choice on the same page as where it says it will include Binge On.

Here’s the catch: On the 2GB plan, you can still opt-in to Binge On, but the data still counts towards your data allotment. The difference is that they will still scale down all of your video streaming to 480p, so your data goes “3x as far” by comparison to watching 1080p video. On one hand, it’s better than nothing. On the other hand, T-Mobile seems to be trying to continue to pull one over on us.

What do you think of this new offering? Is T-Mobile turning back into a normal carrier (as opposed to “Un-Carrier”)? Tell us your thoughts in the comments section below!

UPDATE: We received an email from a press representative attempting to clear up some of this confusion. Advising that T-Mobile “is going to try to clarify the 2GB language because… it could be confusing”, we’ve got the following to share:

“…2GB and more includes Binge On video streaming that lets you watch 3x more video with your high-speed data.” What it doesn’t allow on 2GB Simple Choice plans is unlimited streaming from participating video content services; which that statement doesn’t imply. You can see how the 2GB plan language is different from the 6GB plan language: “6GB and more includes Binge On – stream unlimited video on popular services like Netflix, HBO NOW, Hulu and more without using your high-speed data.”