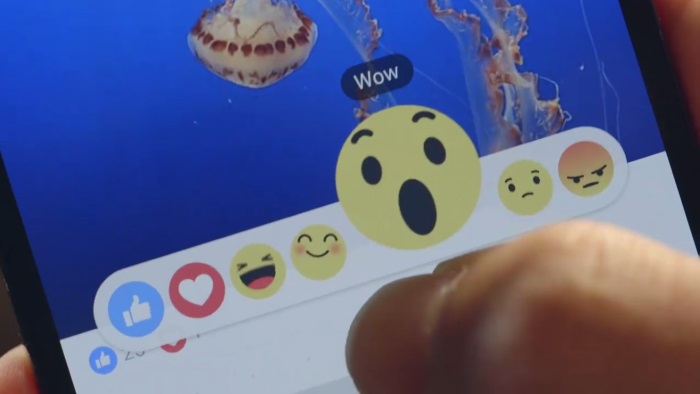 After long-time rumors of a ‘Dislike’ button, Facebook will be trialing a new feature that will allow users to share different reactions to posts on the site.

The feature, known as ‘Reactions’, will act as an extension to the standard Like button, with a set of six emoji: like, love, haha, yay, wow, sad and angry. The reactions will be accessible by hovering or long-pressing the Like button wherever it appears on the News Feed, whether it is from friends, pages you follow or advertisers.

“As you can see, it’s not a “dislike” button,” Chief Product Officer Chris Cox wrote in his announcement, “though we hope it addresses the spirit of this request more broadly. We studied which comments and reactions are most commonly and universally expressed across Facebook, then worked to design an experience around them that was elegant and fun.”

Facebook will be testing Reactions in two countries for the time being: Ireland and Spain. Both were chosen as their users have friend networks that rarely extend beyond their national borders. The site will be using feedback to improve the feature and hopes to roll out Reactions to everyone.