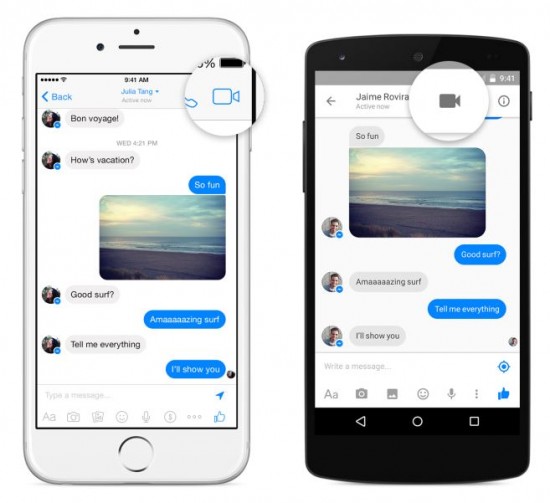 In a move that appears all set to give a tough competition to services such as Skype, Google Hangouts and FaceTime, Facebook has introduced video calling feature to its messenger app.

It is especially a good news for those who don’t want to download multiple video calling apps on their mobile devices to keep in touch with their Facebook friends because this feature is available on Android as well as iOS phones.

Facebook Messenger app already offers people the ability to make voice calls to friends and loved ones around the world.

“Video calling will expand Messenger’s real-time communication features, enabling the more than 600 million people who use Messenger every month to reach others wherever they are, from anywhere. It’s fast, reliable and high quality,” a press note posted by Facebook read.

The video calling service will first be available to users in Belgium, Canada, Croatia, Denmark, France, Greece, Ireland, Laos, Lithuania, Mexico, Nigeria, Norway, Oman, Poland, Portugal, the UK, the US and Uruguay. It will be rolling out to other countries in a few months.

In 2011, Facebook was using Skype’s services to let its users make video calls, but with the introduction of its home grown feature, the firm has made it clear that its relations with Microsoft are not all that hunky dory.