In an effort to compete with the likes of Periscope, Facebook first introduced Live video and collages back in December. At first, this feature was only available for iOS users in the US. Facebook Live “lets you show the people you care about what you’re seeing in real time — whether you’re visiting a new place, cooking your favorite recipe, or just want to share some thoughts.” 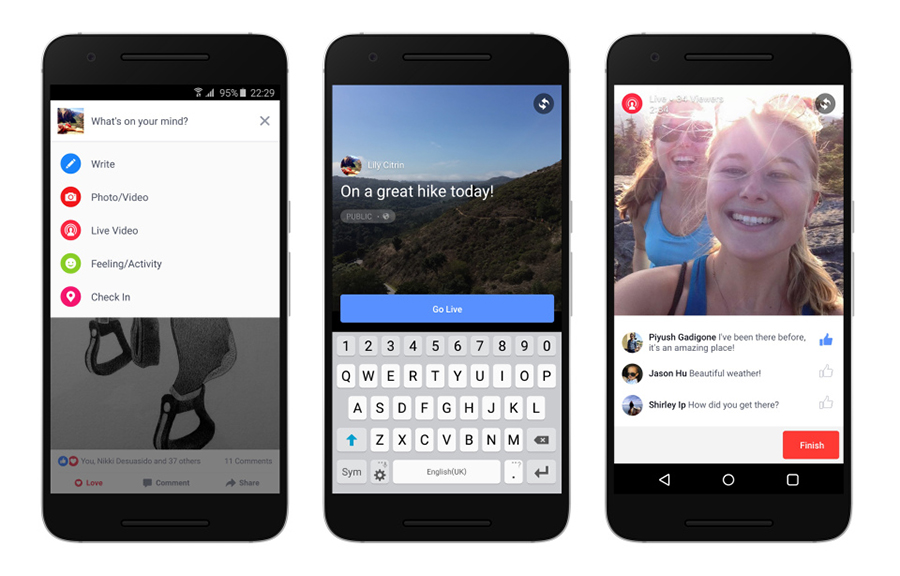 Now, Live is coming to Android. Facebook’s own statistics show that more than 50% of people watching live videos are on Android devices. Facebook knows it can’t leave out such a big market for long, especially since most of its recent efforts have been focussed on mobile.

The rollout will be gradual, starting in the US next week and slowly working out to more than 30 countries worldwide. Users will have access to data such as the number of viewers, names of your friends who tune in, and a real-time stream of comments as you broadcast. When you’re done, the video will be saved to your Timeline and will be available to anyone who missed the live video.