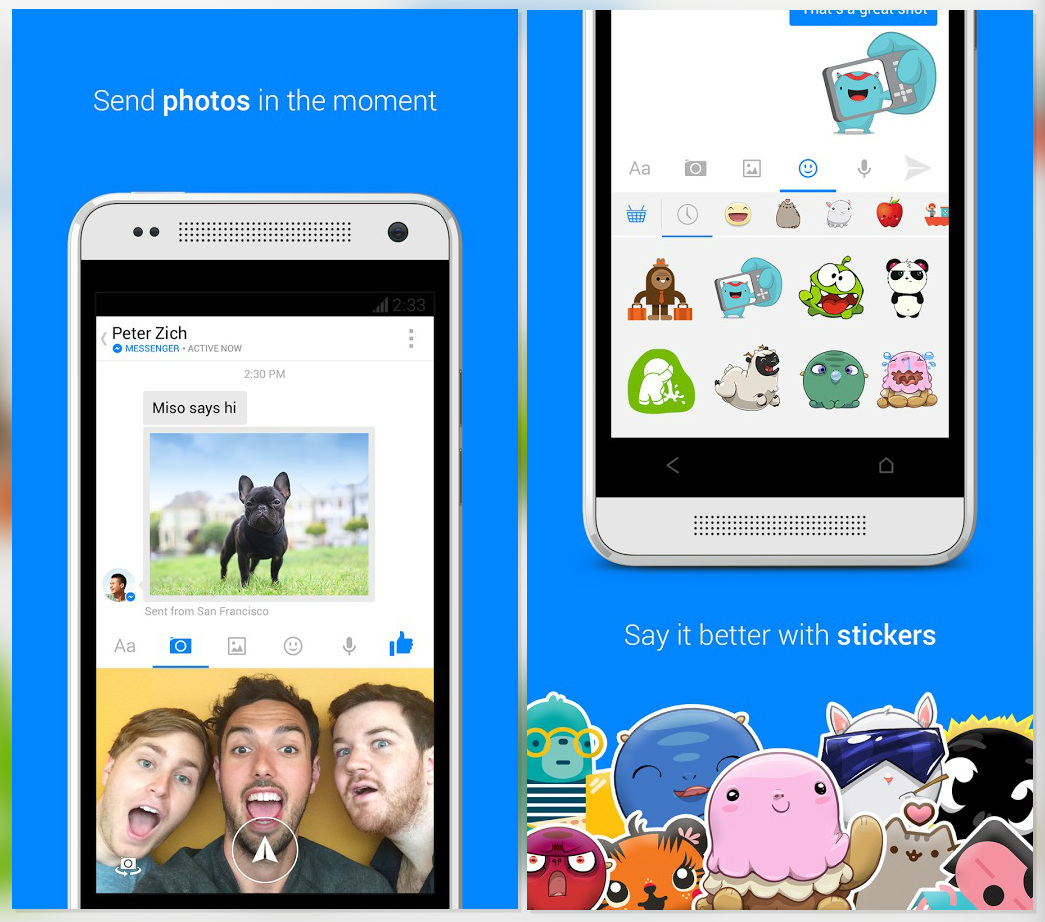 Facebook recently updated its Messenger application for Android devices with the same feature set and UI dished to the iPhone earlier in the week. Details include the ability to send videos from the camera roll as well as instant video playback in conversation threads. Additionally, the new 5.0 release of the app makes it easier for sending photos directly from a conversation, shortcuts to stickers, better search, and general performance tweaks. Facebook is expected to soon remove messaging function from the standard Facebook mobile apps in favor of the Facebook Messenger application.