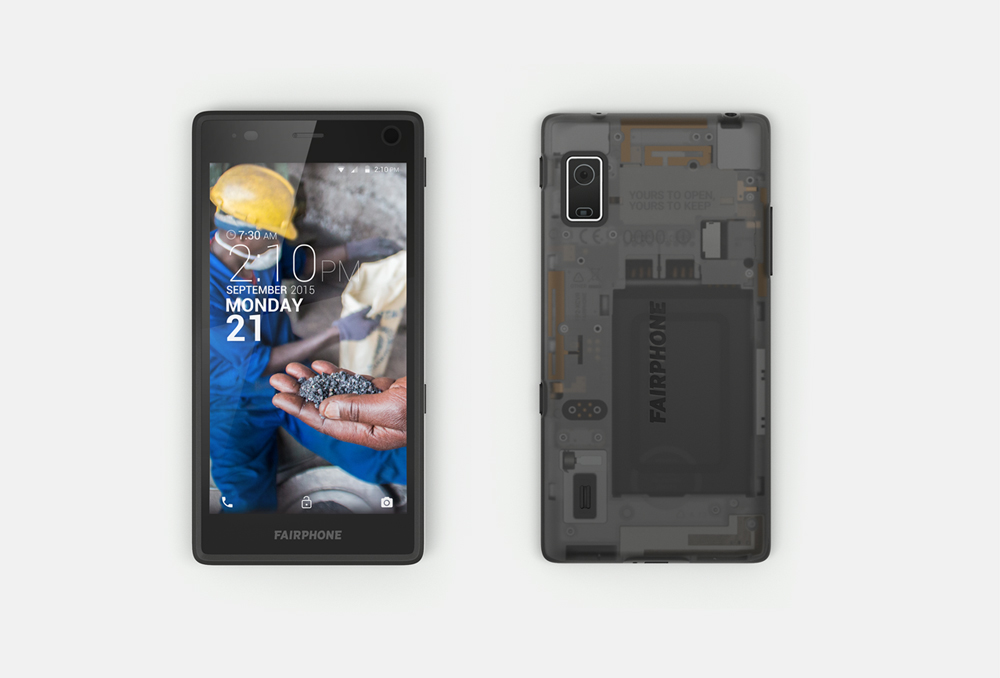 You may remember the Fairphone 2, which we showed you back in June. Today the company behind the device is announcing that it is ready for pre-order. The Fairphone 2 will officially be the world’s first modular smartphone to be sold on the market. Based on what we can see from their official website, the company is using materials that come from “ethical” sources, and the workers who produce the phones are paid a fair wage. Beyond the ethics of building a device, the Fairphone 2 will hold the crown as the first modular smartphone, despite the progress we’ve seen from Google’s Project Ara over the last few years.

The Fairphone 2, which is now up for pre-order, will have a Snapdragon 801 processor, a 5-inch full HD display made with Gorilla Glass 3, dual-SIM support, 2GB of RAM, 32Gb of internal storage, and a microSD card slot. There will be an 8MP camera on the rear of the device, and the whole package will run Android 5.1.1 on a 2,420 mAh battery. The photos on the website indicate a front-facing camera as well, although no specs are available for that just yet.

As far as the modular aspect is concerned, Fairphone made this new device easy to disassemble, which means users will be able to swap out parts as needed. You can see what that looks like in the promotional video above. This feature gives the phone a usage life of around five years, according to Fairphone. While it isn’t the configuration that Project Ara has been teasing, this is still a very big step in creating phones that last longer for users.

Unfortunately for American users, the Fairphone 2 will be initially launched in select European countries, with plans to expand next year. At launch it will cost €525, or around $583. Pre-orders can be placed here, and Fairphone has registered over 20,000 reserved devices already.