Todd Howard, Game Director at Bethesda Game Studios, recently announced that their highly anticipated game, Fallout 4, would include a Pip-Boy special edition. Among the notable features of the Pip-Boy edition is a wearable Pip-Boy smartphone case.

The Pip-Boy case can be used in conjunction with a companion app that will be available in November when the newest Fallout game launches. The companion app will act a second screen that will display your stats and allow you to interact with the game. 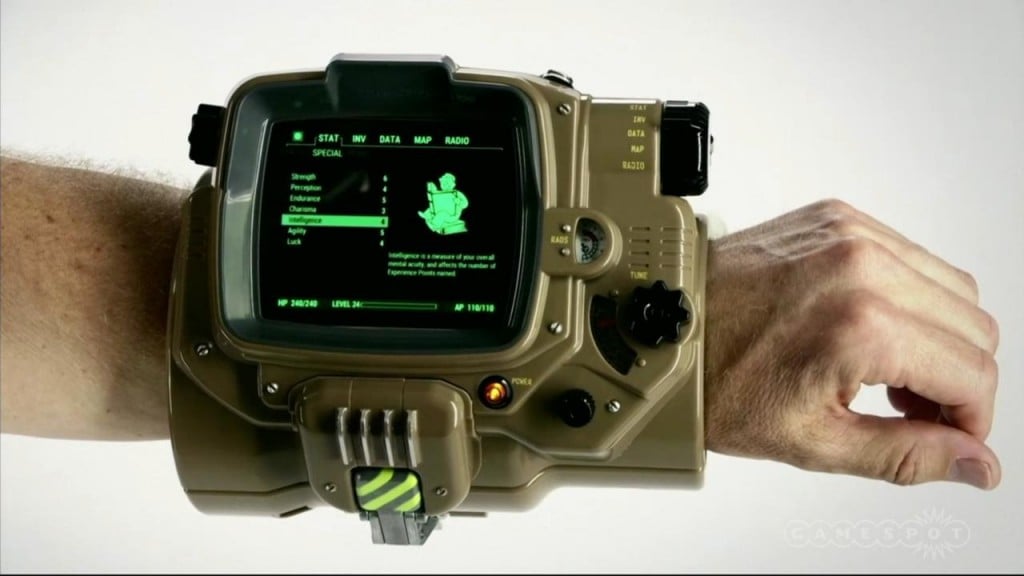 Demand for the game has been so strong, that UK retailer GAME’s pre-order page could not be accessed when the pre-order went live, due to extremely high traffic volumes. Their website now shows that the game is sold out.

A couple of weeks ago a fan made is own 3D printed Pip-Boy enclosure.

Sadly, it looks like those with phablets, will be left out in the cold in regards to the official Pip-Boy enclosure. The internal dimensions are 141.2mm x 71.6mm x 10.2mm, which will rule out phones like the Samsung’s Galaxy Note series.

One thing is for sure. There will be Fallout fans running around with Pip-Boys on November 10th when the game debuts. What do you guys think? Will you be getting the Pip-Boy edition? Let us know in the comments.