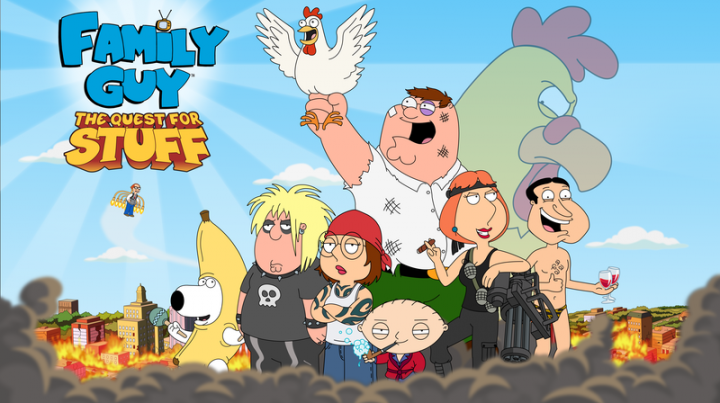 I know the hearts of several adult cartoon fans stopped for a second when they read the title of this article, but fear not! This is simply the plot to a brand new Android game featuring the cast of the widely known TV show Family Guy. 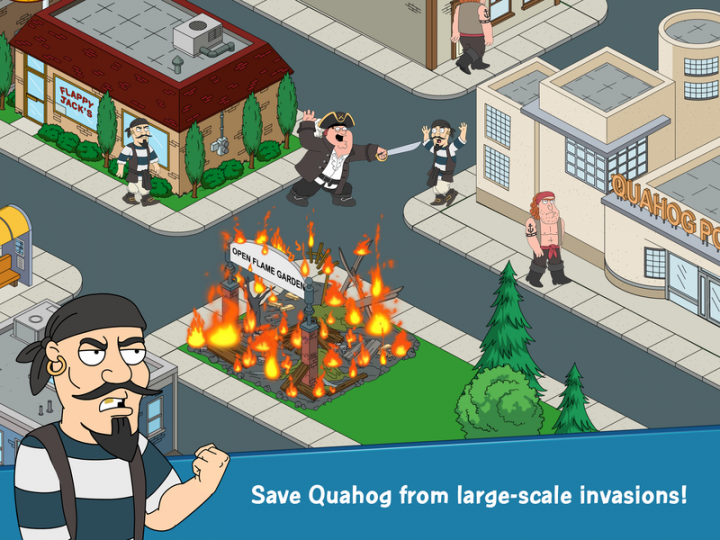 Fox Digital Entertainment has teamed up with the popular game app company TinyCo (Tiny Monsters, VIP Poker) to bring you the best of the Family Guy show to your Android device in the form of a game. They even brought along the original writers and cast to make the game as much like the show as possible.

The game’s plot begins after Family Guy is cancelled by Fox yet again. However, Peter is quick to learn at a town hall meeting that the President of Fox is in fact his nemesis, the giant chicken Ernie. After starting a quarrel that leaves the entire city in flames, its your job to help with the rebuilding of Quahog.

You can play as Peter, or other members of the cast, and help to restore Quahog to its normal state. Family Guy: The Quest for stuff is full of customization and items such as outfits/decos/etc that you can earn as well as buy in the app. Other than these in-app purchases, the game is free!

With cast from the TV show and the original writers leading the story on this constantly updated game, it should be a ride full of laughs and completely random nonsense! Grab it from the Play Store, and let your Family Guy fantasies run rampant through the streets of Quahog!