On top of launching its own Windows 10 mixed reality headset at IFA 2017, Lenovo also announced it has entered a partnership with animation giant Disney for the new Star Wars: Jedi Challenge system.

The system is powered by Lenovo Mirage AR headset and also includes a tracking beacon and a lightsaber controller. Of course, you’ll also need a smartphone onto which to load the Jedi Challenges app (for Android or iOS). 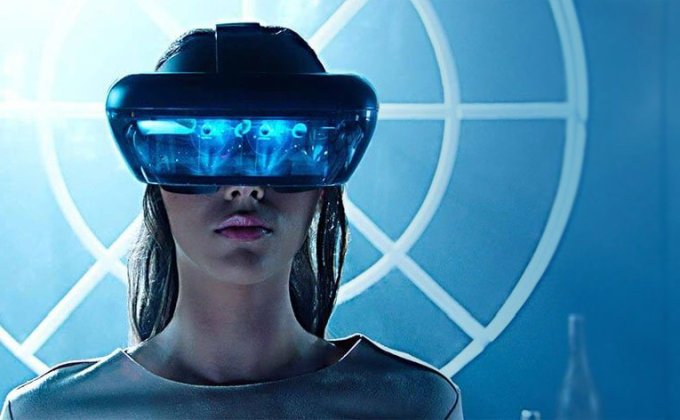 Lenovo’s headset should provide a superior experience than what you’d get with a Google Daydream View or Samsung Gear VR thanks to the two fisheye lenses that are used for inside-out position tracking helps the app detect the wearer’s movements through space. As for the external tracking beacon, it communicates directly with the headset to stabilize tracking. 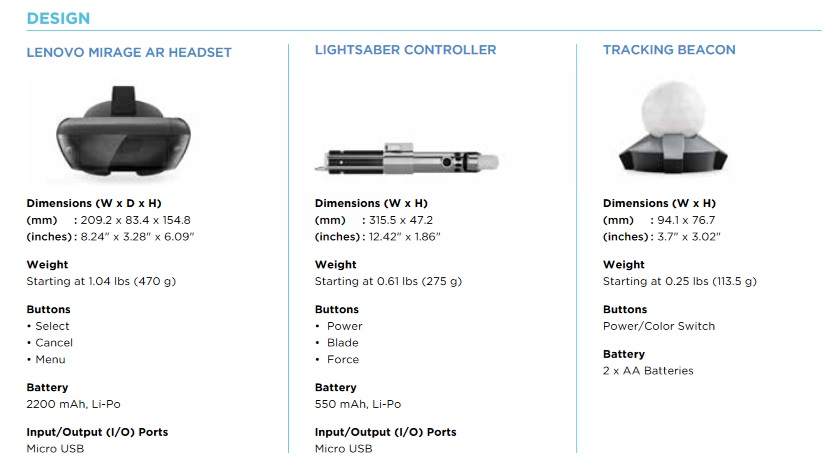 If it sounds awesome, it’s because it is! The app allows users to tap into three different AR experiences. The first one is called Lightsaber battles and is basically a training mode which allows you to develop your skills while fighting against anti-heroes from the series including Darth Vader and Kylo Ren.

The second experience is Strategic Combat during which you are in charge of planning battles against the Separatists, Empire, or First Order. Last but not least, there’s the Holochess which brings the 3-dimensional virtual board game from Episode IV in your living room.

For starters, the Star Wars: Jedi Challenge system will be compatible with a handful of devices including Samsung Galaxy S7 and later, the Google Pixel, Pixel XL and Motorola Moto Z. Support for more devices will arrive soon.

In the US, the system will be available for purchase for $199.99 at Best Buy. You can get it starting this November.