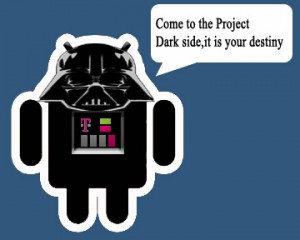 Earlier today, I was perusing my 2nd favorite Android site, Android and Me, (my favorite is, of course, Android Guys because they have the most attractive writers).Â  I came across their leaked details of the much talked about “Project Dark” (or black depending on who you read).Â  They list that part of this highly rumored project is the addition of new plans and contract free phone purchases.Â  Android and Me lists all of the details concerning the new plans, but the points that caught my eye were the following:Â  Even More Plus plan-unlimited talk, text and data for $59.00 per month, with the option to forgo the contract and discount on a new phone and instead spread the payments out over 20 months.

Now, admittedly, I am an economics guy and required to be pessimistic or at least look for the down side.Â  My immediate reaction was that paying for a phone over 20 months would be the same as a contract, right?Â  So I decided to crunch some numbers and see how good of a deal it really was.Â  I compared the total cost of a MyTouch 3G currently vs what it would be with the Even More Plus plan, leaving out activation fees, taxes, surcharges and all else as I will presume that they will remain fairly constant. 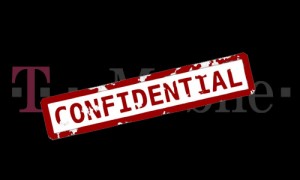 With the rumored Even More Plus plan, one would have to fork out the entire $499.99 for the phone but would have the advantage of a great all inclusive plan.Â  The plan is anticipated to run $59 per month for everything and it is believed that the phone can be financed over 20 months.Â  The MyTouch 3G price of $499.99 spread out over 20 months would be $25/mo.Â  Add that to the Even More Plus plan and it is $84/mo and over the 20 month payment period it comes to a total of roughly $1,680.

These are awesome results.Â  Under the current method, by the time you would be eligible for an upgrade to get a new Android phone, you would end up paying about $560 more and it would take two months longer (assuming you don’t buy a new phone until the end of the 20 months).Â  Even looking at it from a per month cost, the net result is a savings of $18/mo.Â  Compare this to buying a new Hero from Sprint with their all inclusive plan and you are looking at an overall savings of $870 for the life of the contract (discounting the Hero’s contract price to match that of the MyTouch 3G).Â  These are definitely impressive figures and something to look forward to.

While a 20 month payment plan for a phone still sounds pretty similar to a contract (and I am sure you will have to sign some sort of binding financing agreement), the net gain for the customer is positive.Â  Furthermore, this will also be a fairer way of pricing plans.Â  People who don’t care about elaborate phones or who are happy to use the same phone for more than two years (crazy people is what I like to call them) aren’t stuck paying a plan rate based on recouping the cost of the phone, which is how it works now.Â  People who drool over new phones and are already picking out their next phone weeks after getting a new one (I would assume that is you if you are reading this site) will have more freedom to do so.

T-Mobile, meanwhile, gets the benefit of a steady monthly subscriber income at a set rate and the benefit of being a true retailer of phones.Â  The plan is sure to draw more customers on their network, which has a dramatic effect on their profits as it costs next to nothing to just add a subscriber.Â  That is, until the traffic gets to be too much for their current infrastructure, like what AT&T has experienced as a result of the iPhone boom.Â  The major difference here is that AT&T lured customers in by being the only one to offer a very data intensive phone while I would suspect that the new T-Mobile plans will draw in users of every variety. Â  Additionally, it simplifies the selling of the phones to a mere price / cost per unit analysis (for the most part anyway).

If the speculations surrounding Project Dark prove to be valid, this could be a huge win-win for T-Mobile and it’s customers.