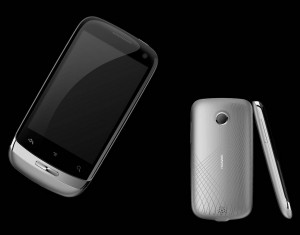 After this post, we’ll leave the IDEOS X3 and S7 Slim alone for a while.  Huawei announced these two Android devices earlier this week, but weren’t too forthcoming on the full list of specs.  Late last night we received an email from their PR company, pointing to a list of details for both products.  So today, we’re gonna share.

The IDEOS X3 runs Android 2.3 with a custom user interface that is said to make the phone “easy to navigate, more intuitive and more power-efficient”. The hardware includes a 3.2-inch HVGA capacitive curved touchscreen, a 3.2 megapixel front-facing camera, 256MB RAM and 512MB ROM. There’s room for up to 16GB of microSD expansion as well as support for Bluetooth 2.1, A2DP, WiFi (802.11 b/g/n), FM radio, GPS, and micro USB. The Huawei IDEOS X3 will launch in March 2011 in Japan (Soft Bank) and will later hit Europe, China, Middle East, Russia and Southeast Asia over the middle of the year. Although we’re not likely to see this particular model in the US, the price is said to come in less than $200 US dollars. Perhaps T-Mobile will offer a variant of the device, such as the case with the Comet.

The S7 Slim tablet runs Android 2.2 on top of a Snapdragon 1GHz processor with 512MB memory and features a 7-inch display at 800×480 resolution. Other details include a 3.2-megapixel camera and support for 3G, WiFi (802.11 b/g/n), Bluetooth 2.1, and microSD card expansion. This device will be launched globally meaning we’re probably going to see it at Best Buy like its predecessor. In terms of pricing, the S7 Slim should come in under $300 US dollars.