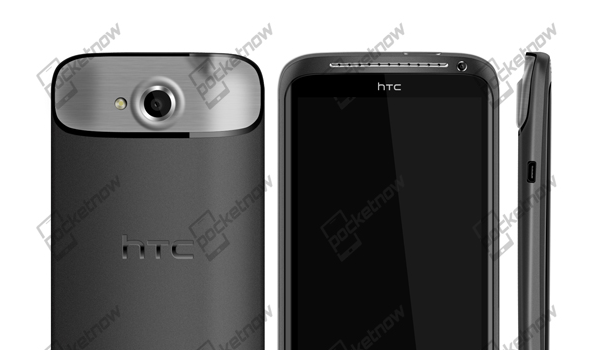 We’re getting down to the wire here as Mobile World Congress approaches so it makes sense to get a few final leaks for various smartphones.  Such is the case here as we learn a few finer details for the HTC One X.  Formerly known as the Edge and/or Endeavor, this model is said to be designed with a Super LCD display as opposed to Super AMOLED.  While it could look as nice as the HTC Rezound‘s display, the larger 4.7-inch screen is not going to be quite as dense.

Additionally we have learned that the One X will come with 32GB internal storage and forgo a microSD expansion port.  If so, this would be one of the only HTC Android smartphones to not offer expandable memory.

We should also anticipate that the handset comes with on-screen soft buttons in the same manner as the Galaxy Nexus. Considering just how large the screen size is this makes sense to us.

There’s mention of a 5-pogo-pin setup for a speaker dock, which ties in nicely with rumors of a Beats Speaker system or HTC music streaming service.  Rounding out the details, it is being reported that the HTC phone will come with an 1800mAh battery, some what higher capacity than standard models.