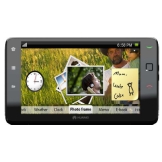 The Huawei S7 Android tablet as been released in the UK, and we are starting to see the first hands on reviews of the unit. Expansys.com has posted a favorable review of the unit, calling the tablet the “Businessman’s new best friend”. Those are pretty glowing remarks. The author of the article makes it clear that while the unit is not an iPad killer, it is not designed to be such.  He points out that the unit falls into it’s own nice category, and can be seen as a “big brother” to a user’s Android handset. He also points out that the unit is way more cost effective to get a 3G model out of the gate than an iPad.  I have to admit, being a person who is REALLY looking forward to seeing an Android tablet in the states, I am very jealous of our brothers in the UK. Here is to hoping that we can look forward to seeing a tablet like this in America soon!