Yes, you read that title right. At long last, the ICS tablets have begun to trickle out of various places, the first coming from MIPS. This budget-friendly little guy isn’t going to blow you away by any means, with a 7-inch capacitive display, Android 4.0, a 1GHz (single-core) XBurst processor, and a surprisingly low $100 price tag. A MicroSD card slot, WiFi, Bluetooth, front and rear cameras, an HDMI out port, and 8 hours of battery life can also be found on the device. Judging by the photo above, they’re going with the name “Novo7,” although it hasn’t been mentioned anywhere else.

Now before you get your hopes up on that price, keep in mind that the device is only available in China at the moment, so you’d have to pay around $60 for shipping and handling. But if you’re that eager to get your hands on an ICS tablet, this is actually a decent bargain for the given specs.

Perhaps you’d like a second opinion, which is where the big man himself, Andy Rubin, comes in. He had this to say about the Novo7:

I’m thrilled to see the entrance of MIPS-Based Android 4.0 tablets into the market. Low cost, high performance tablets are a big win for mobile consumers and a strong illustration of how Android’s openness drives innovation and competition for the benefit of consumers around the world. 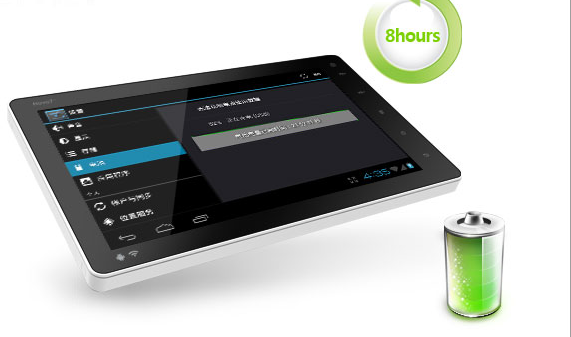 For those of you that don’t want to rush into a purchase, MIPS has promised U.S. versions of the tablet, including 8-inch and 9-inch variants, in the next several months. No word on what the pricing will look like for those devices, or if they’ll be making their way to carriers in the States. More on this as it develops. The full press release can be found just after the break.

So if you’ve got a few hundred bucks to spend, you can head over here to order a Novo7 for yourself. Anyone planning to pick one of these up? Who’s ready for ICS on tablets? Sound off in the comments below!

According to Andy Rubin, senior vice president of mobile at Google, “I’m thrilled to see the entrance of MIPS-Based Android 4.0 tablets into the market. Low cost, high performance tablets are a big win for mobile consumers and a strong illustration of how Android’s openness drives innovation and competition for the benefit of consumers around the world.”

The new Android 4.0 tablet is available in China and online through Ainol Electronics Co., Ltd. It will be available in the United States and other geographies within the next several months under brands from companies including Leader International Inc. and OMG Electronics Ltd.

The new tablet is available with a 7” capacitive multi-touch screen. 8” and 9” form factors will be available soon. All versions include support for WiFi 802.11 b/g/n, USB 2.0, HDMI 1.3 and microSD, as well as 3D graphics with the Vivante GC860 GPU, 1080p video decoding and dual front/rear cameras. The XBurst processor’s power-efficient architecture provides extended battery life—the 7” tablet draws less than 400mA during active web browsing.

“We are pleased to join with MIPS to announce these breakthrough high-performance, low-power, low-cost Android 4.0 tablets. Combining the elegance of the MIPS architecture and Ingenic’s innovation in processor design, we are bringing a new level of processor technology to mobile devices. As we continue to collaborate with MIPS to broaden the mobile ecosystem around the legendary MIPS architecture, we anticipate even broader proliferation of our devices worldwide. We believe the mobile world will be more versatile and colorful with another processor joining in,” said Qiang Liu, chairman and CEO, Ingenic Semiconductor.

“The openness of Android is enabling a new level of connectedness and interaction between devices and between people across the globe. We are excited to be a part of the Android ecosystem delivering on that vision. We applaud Ingenic’s accomplishment in developing this new high-performance, feature-rich Android 4.0 tablet, and offering it at a price point that makes it widely accessible. We look forward to teaming with Ingenic as it continues to develop MIPS-Based mobile innovations,” said Sandeep Vij, president and CEO, MIPS Technologies.

The Ingenic JZ4770 SoC inside of the new tablet is one of the first MIPS-Based systems-on-chips (SoCs) targeted for mobile devices that delivers 1GHz+ frequency, increasingly a requirement for tablets and other devices that incorporate rich multimedia and high-performance applications/functionality. The JZ4770 SoC is powered by a MIPS32 compatible XBurst CPU designed by Ingenic. The XBurst CPU core adopts an innovative ultra-low-power pipelining architecture which consumes less than 90mW in 1GHz (with L1 cache), and the entire SOC consumes ~250mW with the CPU and video engine operating under full load. In addition to the XBurst CPU, the JZ4770 SoC integrates an optimized 1080p video processing engine, OpenGL ES 2.0 3D graphics processing unit from Vivante Corp. and numerous on-chip analog and application blocks such as audio codecs and GPS. 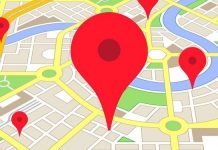 Google Maps Go (beta) makes it to the US 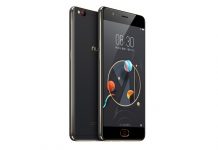