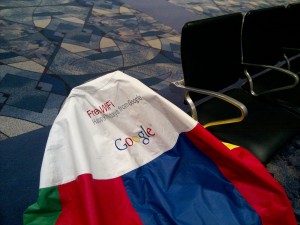 Thanks to Picasa, we now have photographs taken by the Nexus One, and while these photographs let us know that the Nexus One’s camera is a pretty good quality one, it also tells us a lot about the phone itself.

For one, a quick look at the image size says the phone takes photos at a resolution of 2592 x 1944, or 5 megapixels. That’s on par with some entry level point-and-shoot cameras currently on the Market, as well as Motorola’s Droid.
The EXIF data on the photograph also confirms two things about the phone- that the HTC name for it is indeed “Nexus One”, and that the phone (or perhaps even Android 2.1) will support GPS geotagging. The EXIF data says the photos were taken two days ago, at Google’s Santa Clara headquarters, making this a rather quick leak, and confirming the news that phones were recently given to Google employees. Knowing that the camera quality on the Nexus One is on par with the Droid, are you any more excited for it to be formally announced?