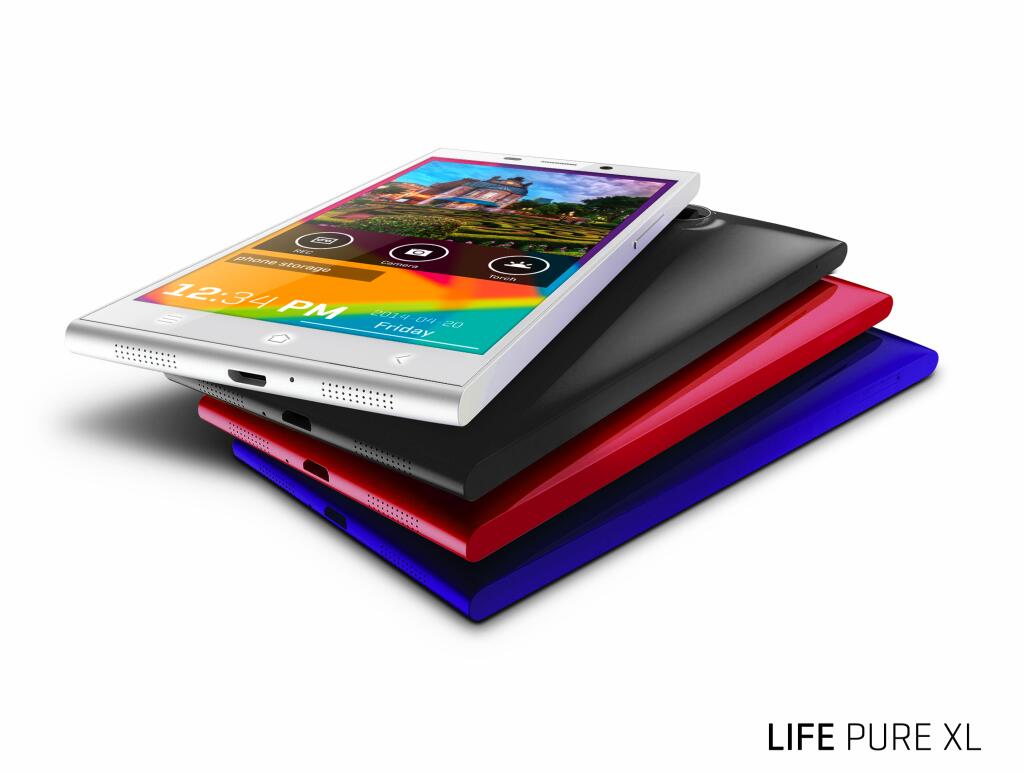 The market right now is flooded with unexciting flagships. I’ve owned the entire Galaxy S line-up and the S5 has the same 2 GB of RAM that we saw in the US variants of the GS3. Aside from minor jumps in the processor, screen resolution, and camera, what’s really changing?

I say not enough, even with the understanding that there hasn’t been a ton of progress in processors, I feel that instead of manufacturers adding niche features that no one requested like a heart-rate monitor or dual-lens camera, if they can’t give us the a worthwhile increase in horsepower, they should focus more on lowering the cost of the device.

I had been looking forward to getting my hands on the Blu Life Pure XL since the day I first heard the specs. This beastly device has a 16 megapixel camera on the back, 8 megapixels on the front for truly epic selfies. At $399, this is the first sub $400 device with 3 GB of RAM, which is my favorite thing about the device as  I’m so tired of the parade of run-of-the-mill 2 GB we’ve seen as of late.

The Life Pure XL has 32 GB of storage, (will also be available in a 2 GB RAM/16 GB storage variant for $349) and a 5.5 inch 1080p display which you can awaken with a double tap or activate the camera by simply drawing a “C” on the sleeping display. All of this is run by a Qualcomm Snapdragon 800 processor clocked at 2.26 Ghz powered by a 2,500 mAh battery.

See below a size comparison between the Galaxy S 5 and the Blu Life Pure XL: 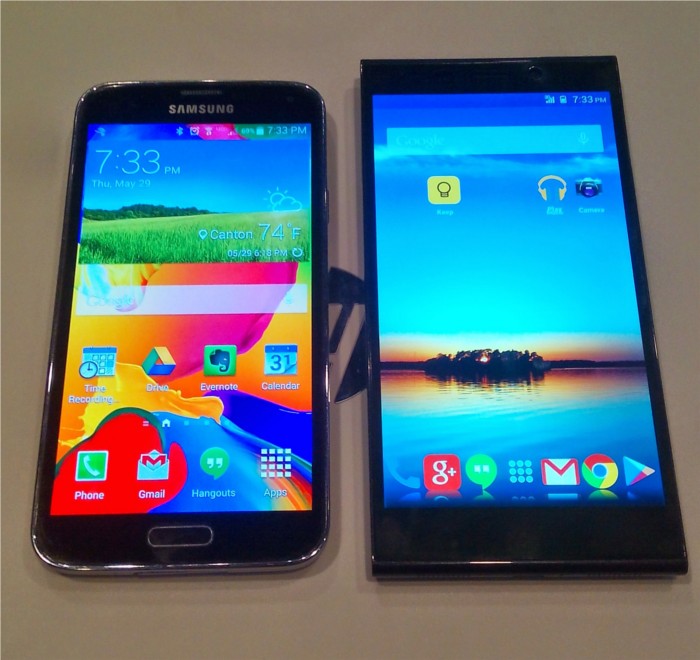 The Good, The Bad, And The Beautiful

This first look is going to go by quickly, so pay attention. The best things about the device are the GORGEOUS cameras, 3 GB of RAM, the 5.5 inch, full HD LCD, NFC, and the USB OTG capabilities right out of the box. I do also enjoy the fun features of the secondary camera app “CharmCam,” specifically the “PPT” mode which is Blu’s version of a document cam, you can take a photo of a piece of paper (or in their description a projected slide in a presentation) and it will automatically adjust the edges, contrast and brightness of the subject to produce a scanner quality copy, although in my experience the quality has been better than an actual scanner.

The only real drawback of the device is the lack of LTE. However it is also 9.5 mm thick, which while it isn’t that thick, aside from the lack of LTE it’s the only area about which I can complain. The device is perfectly rectangular, which means the corners are 90 degrees, which tends to make my palms itch when playing a game in landscape mode.

The dual speakers point out from the bottom of the device similar to iPhones and the Nexus 5. Blu has included a few features that I had, until now, only seen in customer ROMs, the ability to turn off the soft-key lights. Torch (flashlight) which you can activate from the lock screen. The Life Pure XL also has a system backup utility built right into the settings, however it appears that you can only backup contacts, SMS, call log, calender, and email, hopefully we’ll see application backups in the future.