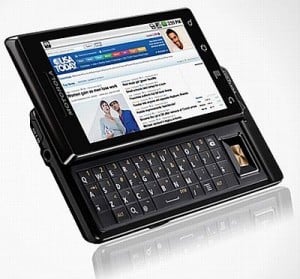 About an hour ago I received an update to 2.0.1 on my Droid and I thought I’d go through a few of my first impressions on the update.

First and foremost I need to praise the update procedure itself. Prior to the Droid I had an LG Dare which was, in nearly every way, a terrible phone. The Dare’s update function was a particularly a disaster. For the one OTA update I received, it crashed three times trying to install, and eventually I was forced to take it into the Verizon store to have them do the update. But on the Droid, the update was absolutely painless. The notification window popped up, I installed and Â was up in running in less than 3 minutes.

The most noticeable change to Android is the new lock screen. Instead of the rotary dial inspired unlock slider, the same two options are available but as stand-alone buttons that are slid across straight the screen. I think it looks a lot cleaner and more streamlined. The old rotary slider seemed out of place, and the new sliders fit Android’s aesthetic much better.

The updates to the camera are likewise fantastic. The autofocus doesn’t take nearly as long, and the time between shots is drastically reduced. The latter issue is especially wonderful, as the cool-down time was pretty ludicrous before the update.

The browser (though I have no hard data to back this up) seems faster, along with the rest of the phone. My notifications shade no longer hesitates when opening, and switching between the three home screens is much more fluid.

Overall, I’m very satisfied with this update. It’s not huge in terms of the number of things it delivers, but what it does update comes as a very welcome gift.