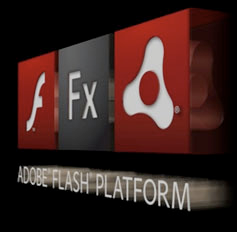 Recently, one of the hottest topics surrounding Android (and other platforms), is if and when Flash will be arriving.  We’ve seen demos and heard rumblings for well over a year, but where are are now?  Yes, there are handsets like the Motorola Devour with Flash Lite, but what about the full version?  What can we really expect as Android users?  And when can we expect it?The good news is that the final release of Adobe Flash will be available mid-year.  As long as the handset meets certain hardware and software requirements, users can expect to see Flash on select models just a few months from now.  This is where the bad news comes in – Most of the first generation of Android handsets won’t meet the requirements of an ARM v7 (Cortex) chipset like those found in the Qualcomm Snapdragon and TI OMAP3 series.

Taylor of AndroidAndMe put together a quick list of phones that won’t make the cut for full Flash and they are:

Keep in mind that some of these phones already offer a version of Flash Lite.  It would be nice to see most, if not all, handsets at least support that iteration.

We can’t leave you on a down note so we thought we’d give you some more good news.  According to some tests and independent studies, Flash will not be the battery killer we’ve heard it might be.  The fear of draining a phone dry at an accelerated rate can be assuaged.  FlashMobileBlog has found that  “video can be played for well over 3 hours over Wi-Fi from YouTube in H.264 (Baseline 1.2).” Naturally, tweaking your WiFi, brightness, and background sync can impact the battery as well.

Battery Performance with Flash Player 10.1 on the Nexus One from Mark Doherty on Vimeo.

Watch or cast Amazon Instant Video from your device, other Flash content too

Adobe officially shifts from Flash to HTML 5 for mobile development

Adobe to termintate Flash Player development for browsers on mobile