Adobe’s Flash Player 10 is coming to Android, officially.Â  No more speculation or hoping… we are a ‘go’ for launch.

During a recent earnings call for Adobe, President and CEO Shantanu Naraye announced that Flash Mobile 10 will arriving in beta form this October.Â  The release will coincide with their MAX conference for developers.

According the call, there are already multiple partners working with the release.Â  ARM, NVIDIA, Broadcom, Qualcomm, Intel, and Texas Instruments are already optimizing Flash player for their processors and platforms. Aside from Android, Nokia Symbian, Palm Web OS, and Windows Mobile were mentioned to be among first devices to support web browsing with Flash.

Skip to slide 13 if you need to see/hear it to believe it! 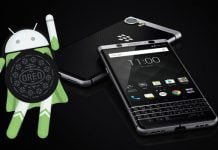