The Fleksy keyboard first made an appearance on the scene back in 2013 and quickly became an extremely popular option in the Android world. But then in 2016, the development team behind the app announced Fleksy had been acquired Pinterest. Since then the keyboard app’s status has been pretty uncertain with no new updates being issued and many assumed Fleksy was dead.

Fortunately for its fans, Flesky will soon be making a comeback. Barcelona-based keyboard startup, Thingthing announced on its official blog that it has “taken over the development of competitor Fleksy, the fastest keyboard in the world.” And for the first time since 2016, there’s an updated version of the app waiting to the downloaded in the Play Store. 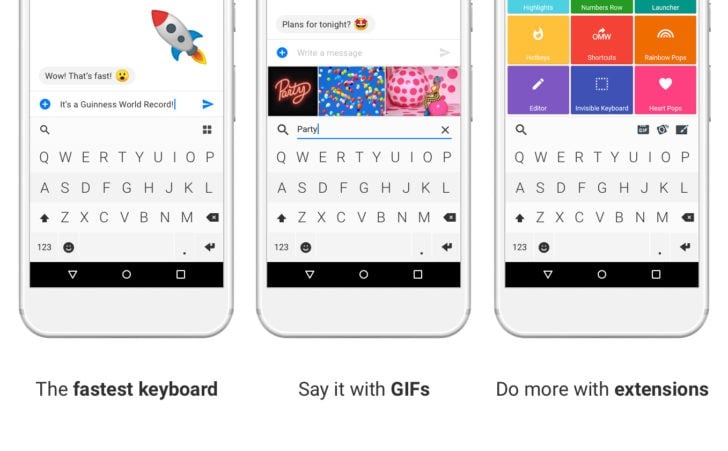 It’s not a major update, but at least it proves Fleksy is alive and breathing. Here’s the full changelog:

•    Improved the sharing mechanism for gifs and stickers: now, in supported apps, you can share your stickers and gifs directly in the current conversation, (without having to choose the recipient)
•    Fixed problems with predictions in languages like Romanian and Ukrainian: the keyboard would crash when you tried to type “Fleksy” – well that was embarrassing
•    Fixed various other bugs and some compatibility issues with Android Nougat

While Thingthing refers Fleksy as the “competition” there are no actual apps available from this particular developer, so it’s quite possible the startup was in the process of developing its own product internally and the acquisition of Fleksy will help it move things along.

Anyway, Thingthing promises good things for the future. We’re told to expect some exciting improvements in the upcoming few months including iOS and Android keyboards, a new brand, more themes and extensions, awesome auto-correction and new services thanks to their open keyboard as a platform.

Fleksy return is pretty exciting news. What do you think?