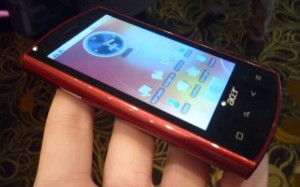 With the release of the Acer A1 into the Honk Kong and Taiwanese markets earlier this week, it appears that Acer will not be content with just one. According to the vice president of Acer’s Smart Handheld Business in Asia, Roger Yuen, Acer plans to release up to six new Android phones in the coming year. It appears Acer’s plan is to saturate the European market and move outward from there. Their goal is to have a diverse line of Android devices that will fill the low, mid, and high end device spectrum.

Acer, Dell, Android war anybody? What do you think?

Read more about Acer and their Android plans at pcmag.com