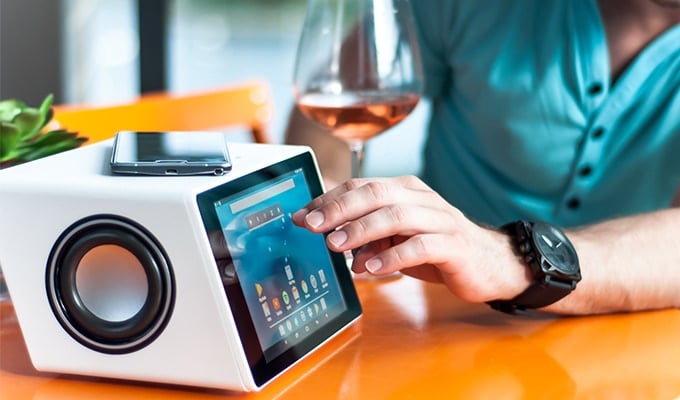 The smart speaker market is getting more competitive with new products making an appearance almost every week. Case in point, a few days ago Google introduced the Home Max, a product which brings premium audio, alongside the affordable Home Mini.

The Google Home Max is yet to go on sale, but in the meanwhile, customers who care about audio can check out an alternative. Meet the Aivia speaker – a gadget created by Canadian startup SproutBox Design – which is also powered by the AI wits of the Google Assistant. 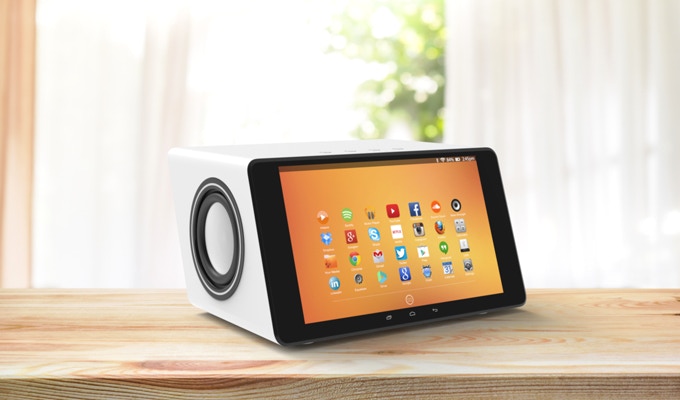 The Aivia takes inspiration from the Amazon Echo Show and incorporates an 8-inch HD tablet into its body to allow easy access its Android-based interface and apps (like YouTube, Netflix, Facebook, Firefox or Spotify). Like in the case of other speakers, you can stream digital content over to Aivia via Bluetooth and Wi-Fi. But in order to set itself apart from the crowd, the Aivia includes a few unique features, as well.

First, it boasts a 15-watt subwoofer on the side for improved sonic output. Secondly, it includes a wireless device charging surface on the top, so you’ll be able to charge your phone by letting it rest on Aivia. 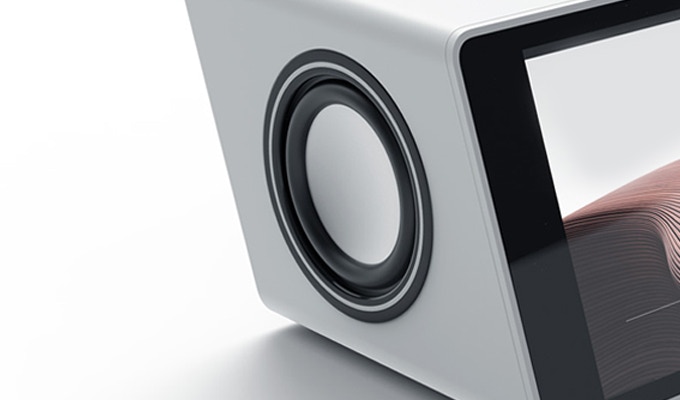 The speaker is quite portable as well. The built-in 10,000 mAh battery ensures users can get up to 5 hours of cordless playback on a single charge.

The two large full range speakers located on the left and right work in concert with the subwoofer – all powered by Bang & Olufson engineering – to produce the highest quality audio output. Last but not least, there’s also an 8-megapixel front facing the camera for video calling. 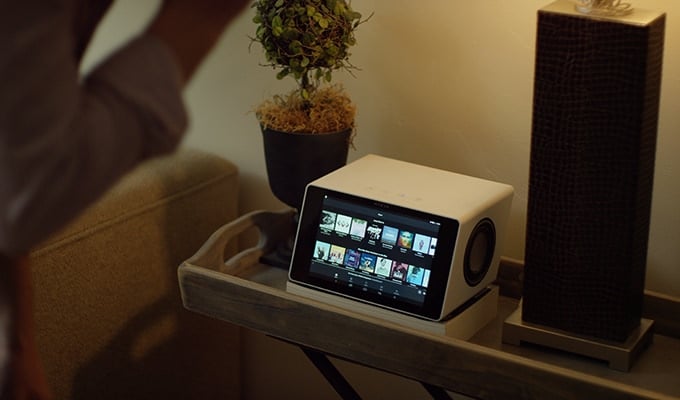 SproutBox Design has been developing the speaker for two years now and even showcased it at CES 2017 earlier this year. Now they’ve launched it on Kickstarter to gather funds and the good news is that the funding goal has already been exceeded.

If you like the Aivia then you can head on Kickstarter and make a pledge. Super Early Bird packages are still available for $249 a pop which will get you an Aivia speaker. Note, the device is expected to retail for $399 a pop just like the Google Home Max.  If everything goes well Aivia starts shipping in July 2019.