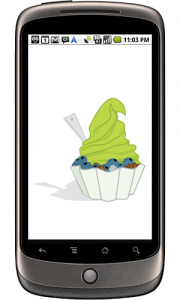 Reports on Twitter and XDA-Developers indicate that yet another Froyo build is going out to Nexus One users today, this one with build number FRF91. One person on the XDA thread noted that it was an update from the most recent build, FRF85B. Others report receiving it on both T-Mobile and AT&T versions of the Nexus One.

This is somewhat mysterious and unexpected given Google’s announcement earlier in the week that the FRF85B OTA was the official release. Did they find a bug of some kind in FRF85B that they’ve corrected?

We’ll update this post with more information as we find it. Let us know in the comments if you’ve received this update.

Update: Here’s the direct link to download it from Google’s servers and install it manually, if you’re into that sort of thing. It should work only if you’re already running FRF85B

Update again: Here’s another direct link to the version that will take you from FRF83 to FRF91. We’re hearing now that this is a security update of some kind, specifically aimed at the Gmail app, though that has not been confirmed by Google as far as we know.

Update one more time: Thanks to commenters Echtelion and YsSRS, here’s a direct link to go from FRF50 to FRF91. Anybody got the version for FRF72?