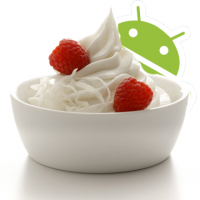 According to the most recent data provided by Google, Android 2.2 (Froyo) continues to be the dominant OS version seen on devices. The data, which uses the number of devices that have visited the Android Market in the past 14 days (ending August 1st), gives developers an idea about current Android OS distribution so that they may plan accordingly when providing support for their applications.

While Froyo has a commanding presence with 55.9% of devices running Android 2.2, Gingerbread is steadily rising along with Android’s tablet OS (Honeycomb) seeing a 1% increase. Next time you’re wondering why an app lacks support for a certain OS version (especially 3.0+) you can refer to this handy pie chart to find the answer. I’ve provided both the current platform version chart along with the one from June for a better look into the progression of Android OS distribution. Enjoy!