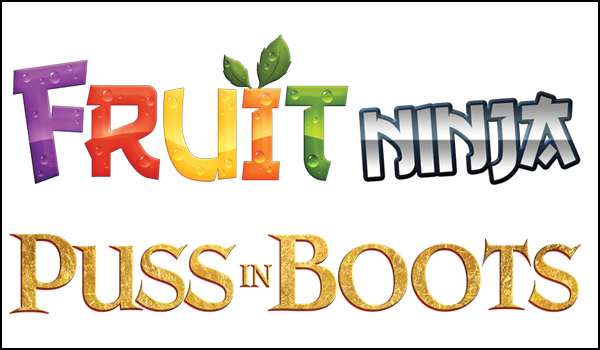 Halfbrick, developers of the wildly popular Fruit Ninja, have announced that the Puss in Boots version of the game is set to debut on Cyber Monday, November 28th.  Already available for iOS devices, we have high hopes for the game with tie-ins to the Dreamworks character.

As is the case with other acclaimed apps and games getting a later port to Android, Fruit Ninja: Puss in Boots arrives as the Free App of the Day on the Amazon Appstore.  What’s more, it will be optimized for play on the Kindle Fire.

We’re not sure how long the game will be an Amazon exclusive however we do know that the price will go up to 99¢ following the promotion.

If y0u’re new to Android, or have not tried Fruit Ninja yet, be sure to download the game and get slashing!

TOP-SELLING HALFBRICK MOBILE GAME FRUIT NINJA: PUSS IN BOOTS WILL BE AVAILABLE FOR ANDROID DEVICES EXCLUSIVELY AT AMAZONAPPSTORE THIS MONDAY

ONE DAY ONLY: Celebrating the Release of the Kindle Fire, the Blockbuster Game will be Monday’s Free App of the Day

BRISBANE, Australia – November 25, 2011 – Acclaimed game developer Halfbrick today announced that one of its biggest mobile titles of 2011, Fruit Ninja: Puss in Boots, will be available for Android devices on Monday, November 28. It will be available exclusively through Amazon and is optimized for the newly released Kindle Fire.

Stepping into the boots of the swashbuckling feline hero, Fruit Ninja: Puss in Boots brings the trademark Spanish flair to the famed Fruit Ninja franchise, offering two exclusive modes, unlockable weapons and Spanish-themed backgrounds inspired by DreamWorks Animation’s hit motion picture “Puss in Boots.” The furry fighter slices his way through Desperado Mode, which adds Magic Beans and enhanced waves and scoring, and Bandito Mode, a four-tiered challenge adventure where players must work through a number of increasingly difficult and varied puzzle-style slicing games. Fruit Ninja: Puss in Boots was a top five best-selling iOS game during its release week and received a perfect “5 out of 5” review score from renowned mobile games site Modojo.com.

For more information about Halfbrick and Fruit Ninja: Puss in Boots, please visithttp://www.halfbrick.com.

Founded in 2001, Halfbrick has been on the forefront of the Australian game development industry for more than a decade. After years of experience developing licensed titles for platforms such as Game Boy® Advance, Nintendo DS™ and PSP® (PlayStation®Portable), the studio has begun expanding its portfolio with a range of original self-published games for downloadable platforms. In 2010, Halfbrick became one of the most well known independent developers in the world with the success of Fruit Ninja, Monster Dash and Age of Zombies on mobile devices, and other releases such as Raskulls and Fruit Ninja Kinect on Xbox LIVE® Arcade. The studio continues to create fun and unique games and looks to explore new opportunities and technologies in the world of casual games development.