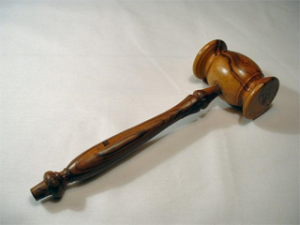 The war between Google and Apple took another turn over the last few days.  Recent tweaks to the App Store rules prohibit developers from certain development tools that enable them to create apps that run on multiple devices. Some of the new tweaks also seem to effectively block third-party advertising services like AdMob.  As many of you know, Google’s deal with AdMob recently gained approval by the FCC.  So what does Apple do?  Change the rules of the game.

Jobs and Co. have banned developers from using advertising in iPhone apps that shares analytic data with “an advertising service provider owned by or affiliated with a developer or distributor of mobile devices, mobile operating systems or development environments other than Apple.” What happens next?  The FTC will investigate whether or not Apple is illegally using its software market to harm competitors.  See the full story here.

In other Apple litigation news, the HTC patents lawsuit is moving forward.  For those who weren’t following along, HTC alleges Apple is using five of their patents without permission. These include personalized software phone dialers, power-management technology, and a phone dialer with memory access.