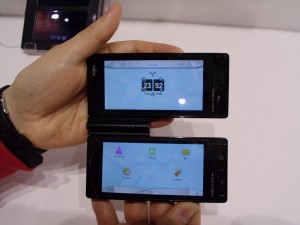 Fujitsu is working on a dual touchscreen phone  that’s currently being shown off at MWC running Symbian, but according to unwiredview, the phone will be running Android when released.

The form factor is even funkier than you might initially think: the orientation of the two screens and hinge can be changed by the user.

Although more just a novelty right now, there could be great things in store for dual screen phones.  Head on over to unwiredview for more images and a video taken at the MWC. 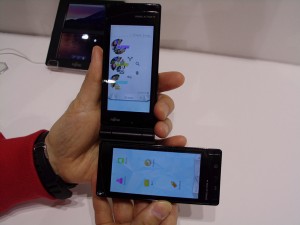 Sound off below, are you looking forward to a dual touchscreen phone, or not something that you see yourself using? 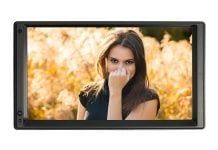