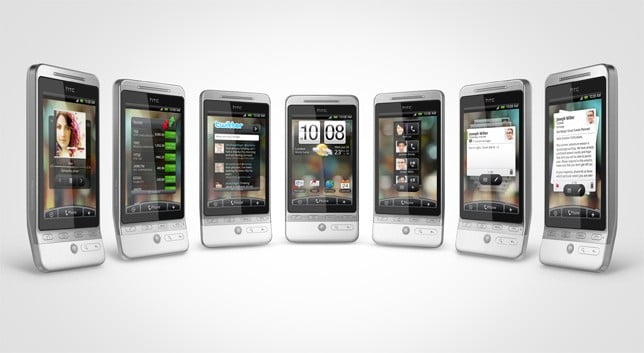 Android is on the verge of earning the moniker “the future of the mobile operating system.” Although it is still in its infancy, the Android platform currently operates on nine handsets in the U.S. Five of the nine handsets, the G1, the MyTouch 3G, the Moment, the Droid and the Nexus One, run the standard version of Google’s mobile operating system. The remaining four, however, run operating systems that are customized by the device’s manufacturer. The Hero and Eris run HTC’s Sense, the Cliq runs Motorola’s MotoBLUR, and the Behold II runs Samsung’s TouchWiz.

Prior to the release of the Nexus One, and more importantly Android 2.1, these custom operating systems were incredibly appealing, and may still be to some users. The standard version of Android, prior to version 2.1, featured a measly three home screens, and to many was very bland. I, for one, had no interest in Android until HTC’s Sense UI debuted. HTC Sense expanded the number of home screens from three to seven, added useful widgets, and completely altered the theme of the operating system from a white, playful theme to a clean, black and grey theme. MotoBLUR also features a number of custom widgets and social-oriented theme to differentiate itself from “vanilla” Android.

The release of Android 2.1 raises an important question: What is the future of the manufacturer customized versions of Android? Android 2.1 is a vast improvement over previous versions of Android. Since it has been discussed ad nauseam, I will not go in depth into said improvements here, but cards and added home screens come to mind. Furthermore, these manufacturer customized versions of Android fracture the fledgling mobile operating system. Currently, the Hero, Eris, Cliq and the like run Android 1.5, the G1 is runs 1.6, the Droid runs 2.0, and the Nexus One is runs 2.1. Some may not consider that to be an issue, but there are a number of applications, specifically widgets, that are unavailable for Android devices running Android 1.5 or 1.6. I fear that Android, if it remains fractured, may find itself in the same position as Windows Mobile. While writing this editorial, I spoke with our insightful Editor-in-Chief to get his opinion. He posed an interesting question: How does a handset manufacturer differentiate its product without a manufacturer customized operating system? Hypothetically, without a customized operating system, the only differentiating characteristics would be the phone’s design, the screen size/resolution, and the phone’s internal components.

I have decided to stick with Sense UI in the future because you always have the option to turn off Sense UI. Regrettably, upon turning it off, you are most likely going to find yourself stuck with an antiquated version of Android. Ultimately, consumers will decide the fate of these manufacturer customized operating systems.

What say you, loyal readers of AndroidGuys.com?