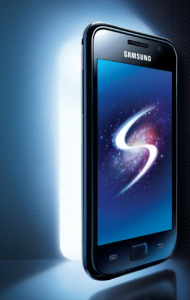 We’ve seen our share of corporate speak and PR mumbo jumbo before but Samsung might have just become the current king.  When asked by Pocket-Lint whether or not the Galaxy S would see Android 2.3 ‘Gingerbread’, the handset maker replied with a very vague, albeit technical technical sounding answer.  After reading the entire response a few times, the best we can gather is that they are still looking into the matter.

“In case a new version of Android operating system is publicly announced and released, Samsung will review the possibility of implementation of such new version to the existing Samsung products with Android operating system (“Update”).  Such a review will be based on various factors including, without limitation, the overall effect of such Update to Samsung products, the system requirements, the structural limitations, and the level of cooperation from the component suppliers and the software licensors.  If Samsung decides to make the Update available to the users after such consideration, Samsung will use its efforts to develop such Update, which may be released to the users upon successful completion of such development.”

Wouldn’t it have been easier to just say, “We are evaluating Android 2.3 for the Galaxy S” ?

As far as the US iterations of the Galaxy S, we can only hope that Samsung and the respective carriers are working to push 2.3 out the door in a timely manner. Timely as in soon, not timely as in how Froyo has (not) been rolled out.