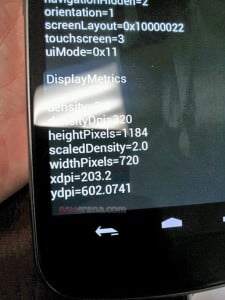 Here we go!  Details have landed at Boy Genius Report this morning that sound like the official list of specifications for the upcoming Nexus Prime.  As it turns out, the final name appears to be swirling around the Galaxy Nexus, something we’ve heard in passing a time or two.

According to BGR, this phone will arrive as a Verizon exclusive although it’s not known just how long they’ll have these rights.  As many of you know, the previous Nexus iterations started out with a specific carrier only to spread out to other providers at a later date.  Considering Verizon skipped on the Galaxy S II this time around, it only makes sense that they get first crack at this one.

The details for the Galaxy Nexus sound terrific and fall right in line with what we had hoped to see.  Specs include Android 4.0 Ice Cream Sandwich, a dual-core 1.2GHz processor, 1GB RAM, and more.

The Android experience will be stock 4.0 and not include anything from Samsung or Verizon, which jives with recent rumors.  Another feature that is said to be integrated into Android 4.0 is the ability to monitor the amount of data being consumed by each individual app.

Hit the break for the Galaxy Nexus spec list.