A few days ago, AT&T officially and exclusively started taking pre-orders for the beautiful Garnet Red Samsung Galaxy S III, but according to Pocket-Lint, Samsung is looking forward to launch Galaxy S III in more colours. They were told by a Samsung spokesperson that they “will be announcing potential colour variants in due course,” which means sooner or later, we might see a Galaxy S III in a new colour. 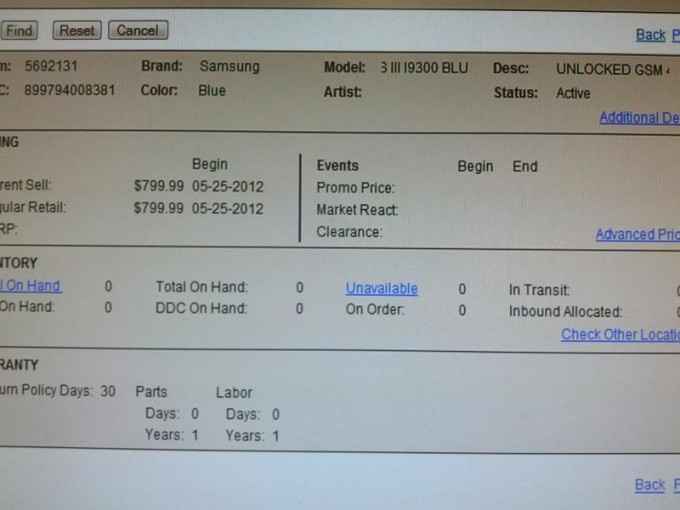 Until we hear some official word from BestBuy, take this with a grain of salt. But if they do officially launch it, are you planning to buy it for a hefty price tag? Tell us in the comment box below.